Welcoming back the NBA with some recent pick-ups 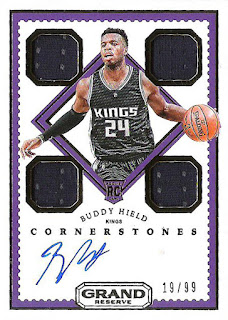 I was on a mission to improve by Kings collection the last few months, so in honor of the NBA season starting, I am emptying out the scan folder. Starting with one of the few on-card auto rookie cards of Buddy Hield in a Kings jersey. A pretty nice card from Grand Reserve, it was a redemption so I probably got a bit of a deal by redeeming it myself. 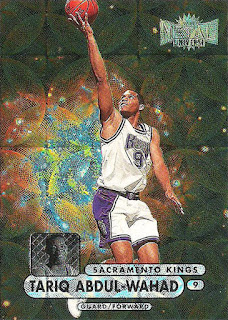 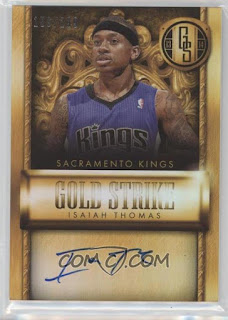 My scanner hates this card so I had to borrow the image off comc, a nice shiny goldy Isaiah Thomas on-card auto. 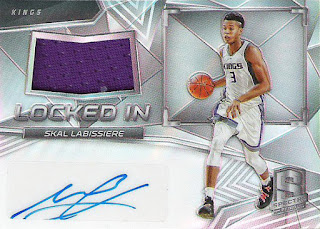 This one came from frequent trader and fellow Canuck over at Buck Store Cards, a sweet purple relic with an auto on another shiny card from Panini's Spectra offering. 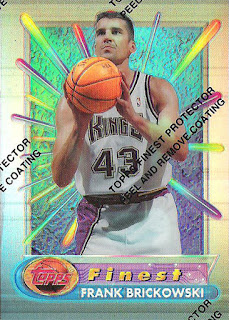 This one was a little lighter on the wallet, I just love there was actually a NBA player named Frank Brickowski, who I remember as a decent player for the Sonics when they had Kemp and Payton. 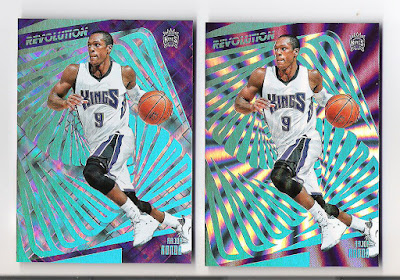 More Shiny, this time from Panini Revolution, a set I didn't really notice until recently, but has really caught my eye, I might have to save up for a box of this. 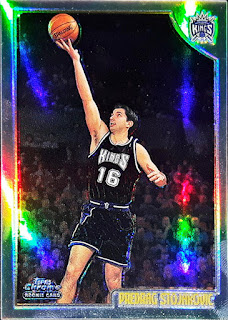 More Shiny, a Peja Stojakovic Topps Chrome Refractor rookie card, my scanner hates this card as well so I tried Office Lens and it seems to work ok, might have to figure it out as there is a lot of shiny in upcoming posts.