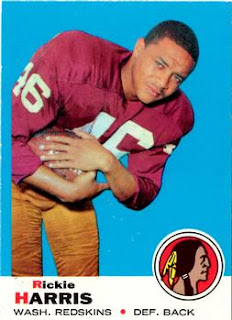 Getting into the NFL season, I started re-organizing my Redskins collection and updating my One-of-every-Redskins master list, as well as getting my TCDB profile in order. This led to a real nice trade checking of quite a few older guys, including Rickie Harris above from 1969. This is a really weird set, some cards have white borders, some don't, but they all have crazy loud colors, as I start to get into more vintage football I have some to appreciate sets like this.

These guys complete the 70's portion of the project. Bob Long is shown in his Green Bay uniform and was one of a few former Packers that Vince Lombardi brought with him to Washington.

A few from the 80's, Jackson and Brooks were around for the first Super Bowl while Malone and Parrish were just before. 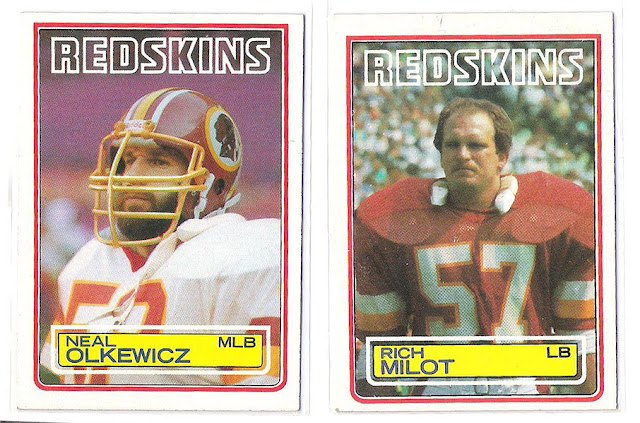 A couple Linebackers from the Super Bowl era 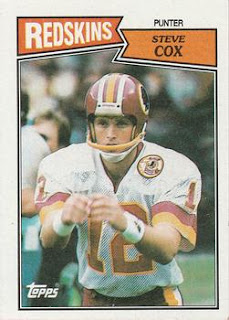 and an addition to the Punter collection, Super Bowl Champ Steve Cox with a sweet single bar mask and good shot of the 50th anniversary patch. 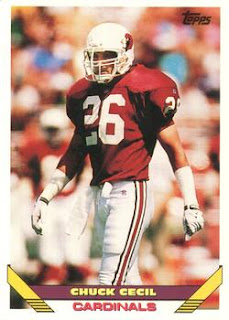 And the lone non-Redskin, Chuck Cecil who was a scary dude back in the day but is pretty much forgotten.