Check out my (Mosty) Shiny Rockies 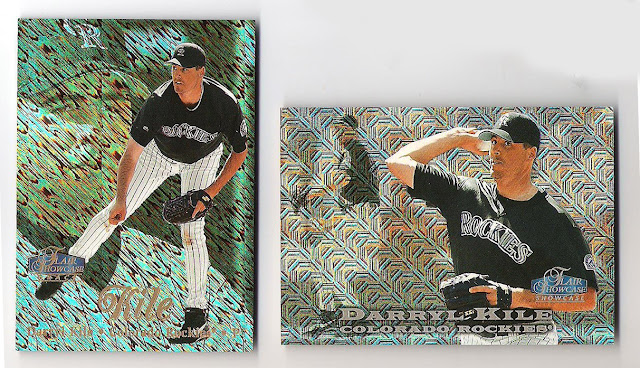 My collecting goes in phases, sometimes with the season, sometimes it's not. Most of the time I don't realize it's happening, but when a COMC package come that has around 4 months worth of purchases, including stuff from the mailbox program, I tend to see a trend. The trend here seems to be shiny. See above, 1998 Flair Showcase, beautiful cards that actually scanned well. I love the looks of these and will have to pick up more 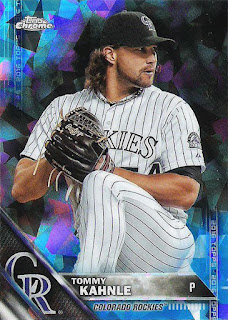 A shiny Tommy Kahnle who was a big member of the Yankee's bull-pen on a card that looks kind of like a frosted window, or maybe my brain is just in window scraping season for the vehicles. 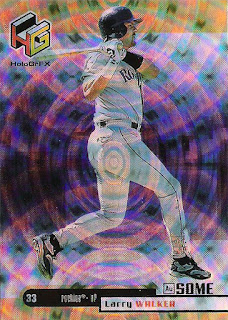 1999 UD HoloGrFX,  AuSOME parallel. Nothing screams 90's like random capitalization. I love the fact that cards with all these crazy graphics can easily be had for under a buck. 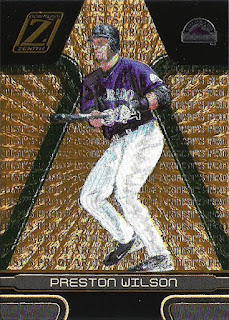 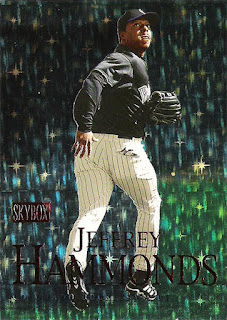 2000 Skybox Star Ruby Extreme of Jeffery Hammonds, I probably overpaid a little for this one, but it was hypnotizing and I couldn't pass it up. 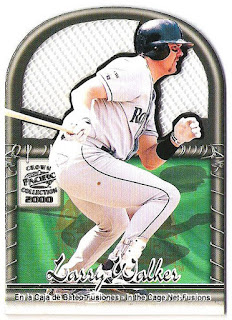 Not shiny, but a really cool die cut, fake relic netting thing, and the fu-manchu just adds to the greatness of this one. 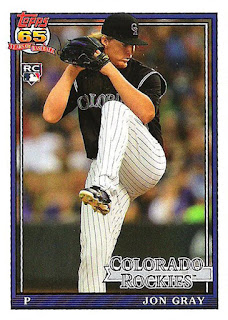 Jon Gray from the 2016 Update insert set that featured birth year designs of rookies, I love this idea and wish it would have returned for 2017. 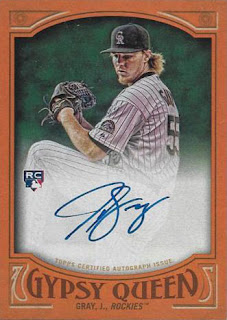