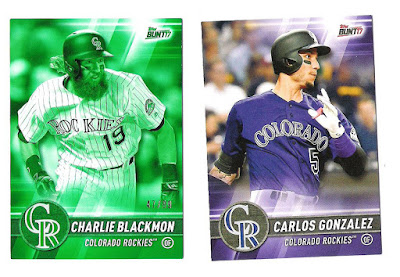 Short on fancy titles today, just a trade post from TCDB. As I update my wantlist and tradelist a few more things are coming up, including this trade with a lot of different things going on. Starting of with some 2017 Bunt. I always expect Bunt to be a boring, low-end set not worthy of much attention, but I am really digging the parallels here 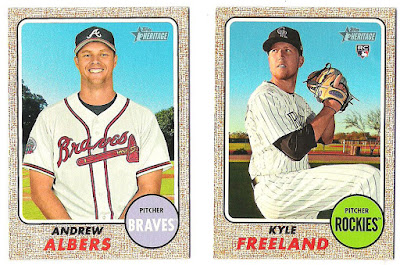 I usually don't get me hands on new releases in trades, but these are awesome. Saskatchewan native Andrew Albers with his first rookie card as a 31 year old after seasons in Korea, Independent ball and cups of coffee with the Twins, Blue Jays and Twins again. Albers never actually pitched for the Braves making this a zero year card as he was traded to Seattle and did pretty well in September, hopefully earning an MLB shot in 2018. Kyle Freeland made the wantlist as card #666 and my years of listening to Iron Maiden cassettes. 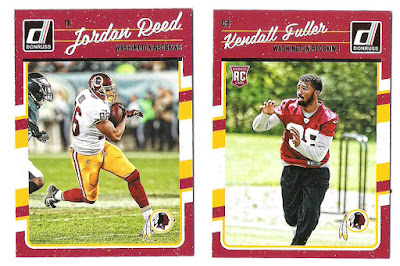 I love this set, Redskins cards good great with the classic red, I wish the 2017 Donruss baseball set looked more like this rather than the white/gray. Opportunity missed by Panini. 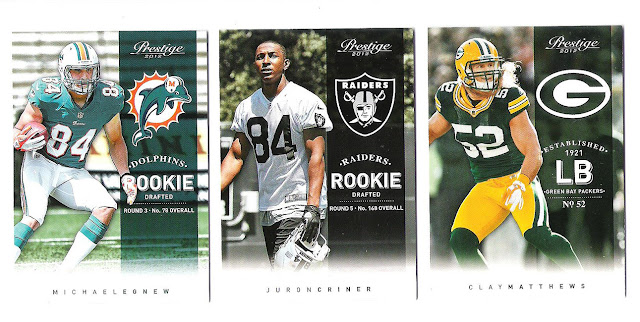 Another design favorite, 2012 Prestige. I have been lazily picking away at this set for 5 years now, might be getting time to do something about that. 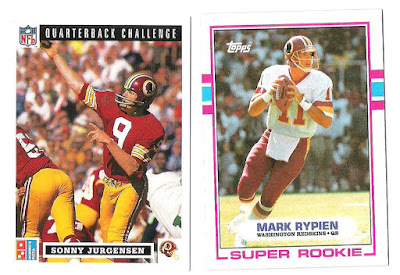 Some Redskins QBs, Sonny and a Mark Rypien rookie, another example of Junk Wax that was once a big deal card. 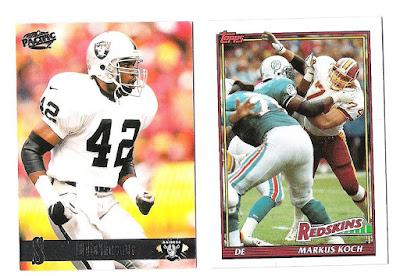 A couple more football, I loved watching Eric Turner play and have far to few of his cards, Markus Koch was just before my football memories, but still an addition to the Super Bowl era Redskins collection. 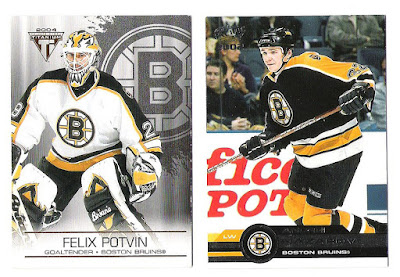 And a couple Bruins, more famous for being on other teams, Felix Potvin with a familiar mask, just in unfamilar colors, and Andrei Nazarov, who I totally forgot was ever a Bruin.