Check Out Everything Else 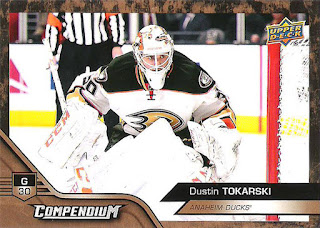 I already went through the Basketball and Rockies card, so here is the rest out of the scan folder. If you are will to put some serious time in trading you can get some decent card from the Upper Deck e-pack program, this Tokarski is the Gold version, I really don't want to do the math, but 10 Base = 1 Blue, 5 Blue = 1 Red, 5 Red = 1 Gold. 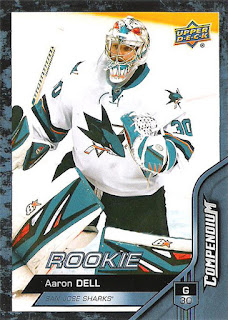 More Compendium, this time a blue Aaron Dell for the Sharks goalie PC. 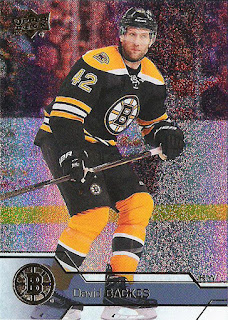 A Gold Rainbow Foil from last years flagship of David Backes. I had a lot of fun with the e-pack thing and I hope they keep it so that with a little work, you can still get physical card from the free packs. 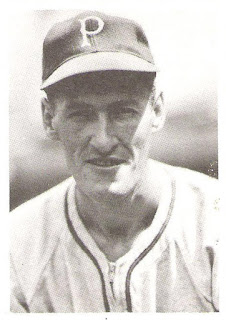 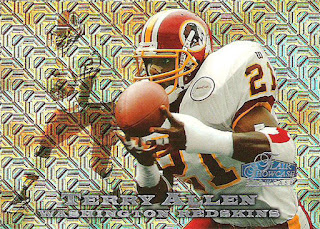 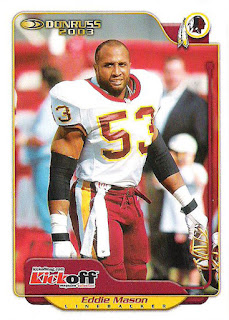 A card I didn't even know existed until it popped up on COMC. This are from a magazine and the only card of Eddie Mason with the Redskins. 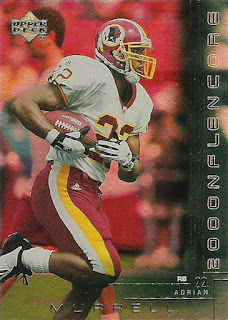 A Short-Term Stop kind of Redskin, Murrell has his name with the Jets and Cardinals, rushing for over 1,000 yards three times, he played 15 games with Washington in 2000 with only 143 yards from scrimmage total. 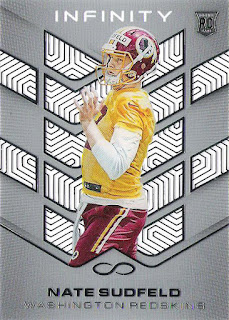 An acetate card of Nate Sudfeld, who never played a game with the Redskins, was cut and is now property of the Eagles I think. 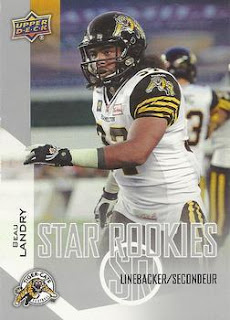 Checking on more off the 2014 CFL list, Beau Landry who I didn't even realize was with Saskatchewan now, probably because he got got hurt in his first game of the year and is out for the season.

and some Gypsy Queen short prints from the 3 sets I am currently working on.