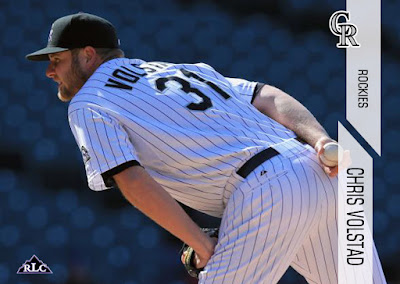 The Project: Rockies Legacy Collection custom project to make a custom card of the Rockies players that didn't have one issued.
Posted by Rosenort at 17:45