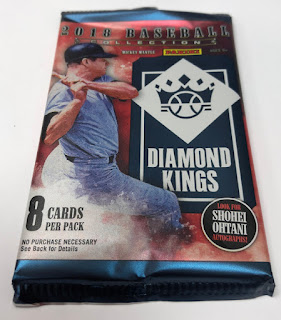 Logos or no logos, I really like this product, the set starts out with a really nice range of retired players, from Moose Skowron, Gabby Hartnett up to Kirby Puckett and Frank Thomas. 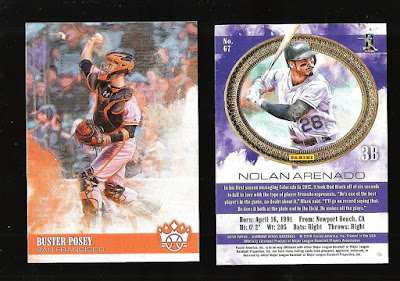 As a rule, Panini makes great catcher cards as the gear hides the logos, the Posey card here is probbaly my favorite base card of 2018 so far, and Arenado was my lone Rockies guy just to give a look at the card back. One weird thing, no stats on the back. I know BBREF is just a click away, but it's still weird to see baseball cards with no stats. While the lack of logos on the old guys doesn't seem as bad, on the current players it is way more evident.

The two Gallery of Stars I got were fine, but I don't collect either guy, and the framed parallel brought me back to Gypsy Queen Era 1. 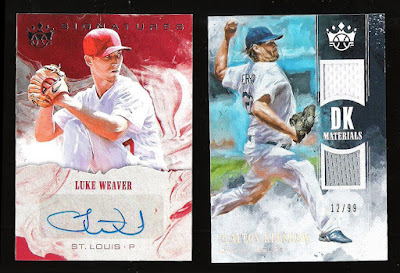 I really killed it here with 2 hits in 4 packs, Luke Weaver is a sticker auto, but I will take it, and pulling a Kershaw is pretty cool as I usually end up with no-name hits, both are for trade if anyone is interested.

Overall, I am a big fan of this, I like the checklist, I like the canvas/glossy feel of the cards, I like the base design with the weird powdery dusty fog thing. Panini get a lot of hate, and justifiably with the sticker auto and their sketchy relic practices, but they do nice stuff, I really doubt Topps will do anything this year that I like more than this set.