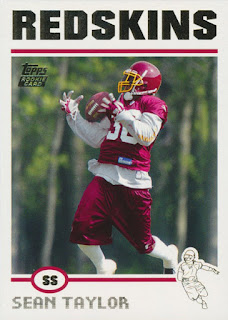 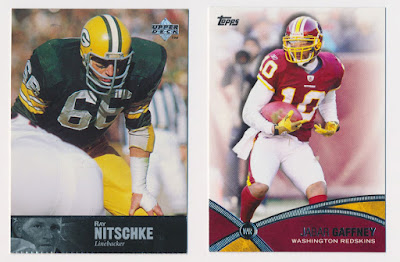 Along for the ride is Ray Nitschke from the beautiful 1997 Upper Deck Legends set and Jabar Gaffney who lead the Redskins in Receptions and Yards in his only year with the team. 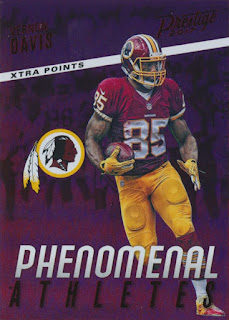 Trade number two delivers the first Vernon Davis to my collection, this one being a red parallel of an insert, as I mentioned with 2018 Topps Update, I don't think parallels of inserts really need to be a thing.

The other three being part of a new Football Frankenset project, Ha Ha Clinton-Dix from 2018 Panini Flagship, which I really like the design, a rare modern Punter and Shaquem Griffin, an inspiring story that is pretty well known by now.