I passed on buying a couple boxes of Panini Revolution and instead just bough the two autographs I really wanted, along with the Bogdanovic I found for cheap as a pending redemption. It's so nice to see Jason Williams on-card autos with the Kings in modern products and having one in Revolution, my favorite NBA product is about as good as it gets. 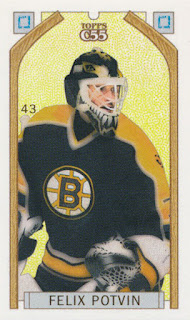 Dodgers heavy Gypsy Queen Short prints, including 2 more from 2015 as that set nears completion after 4 years.

Some serious shiny in a 1997 Finest Embossed Refractor of Dante Bichette, and two more 1998 Showcase that I have a very hard time passing up for cheap. 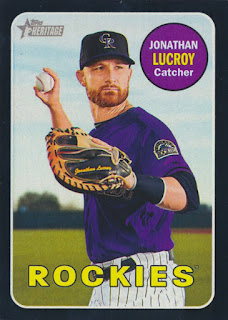 Black parallel of Jonathan Lucroy from 2018 Heritage, completing the most boring rainbow of all time, this is really the only card that looks different from the base card. 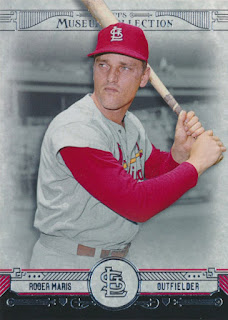 My non-Rockies collection fairly small, Roger Maris being one of the few  that I collect, and him with the Cardinals kind of fits into the Players in unfamiliar uniforms section. 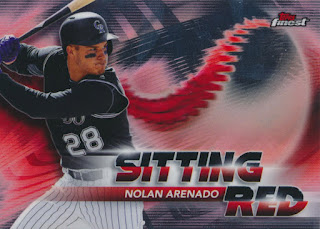 I was always intrigued by the scans of these Sitting Red from Topps Finest. They almost look 3D in the scans, having one in hand, it's really just a chrome card, kind of disappointing but at least now I know. 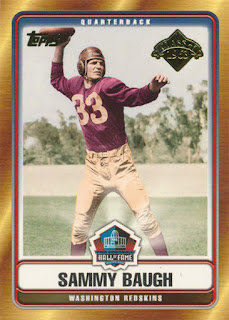 This was a throw-in with the Baugh autograph, the photo is colorized, but doesn't look too bad. 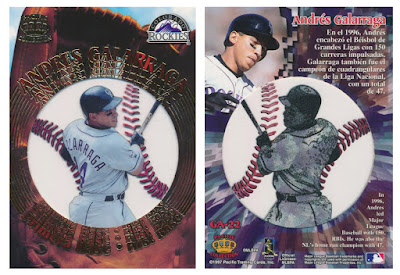 I am torn on cards like this, the middle window is acetate, but most of the card is not. While this doesn't completely find in the acetate collection, it does fall in the interesting enough to be a keeper category.