Just a few from COMC 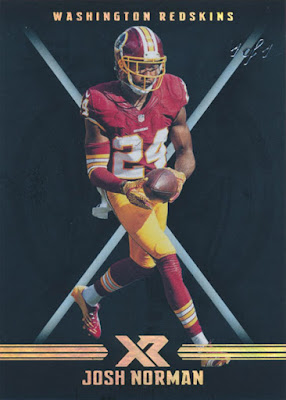 Probably the smallest COMC order I have made, just like the last one, there were a few cards I could not wait to get in hand. Included in that is the above Josh Norman, my first football non-printing plate 1/1. I instantly liked XR last year and have been working on the rainbow since release, while this Black parallel recently surfaced, I still am on the hunt for the Green #/5. 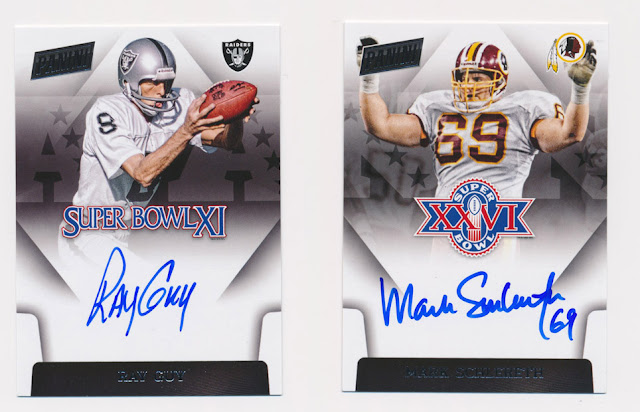 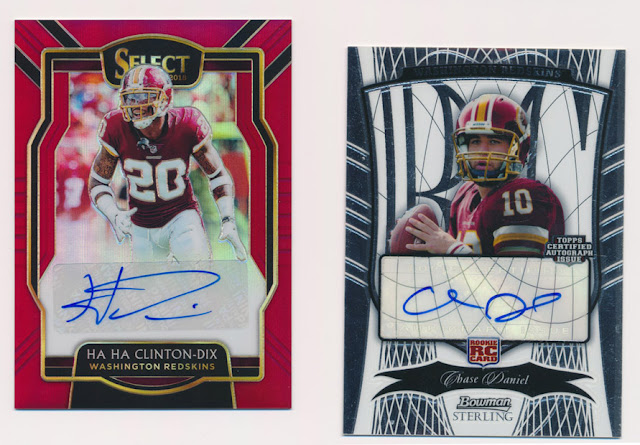 Pretty happy to have some Ha Ha Clinton-Dix cards from his brief Redskins stop and the Chase Daniel is his only card with in a Redskins jersey (photoshopped) and Redskins logo. 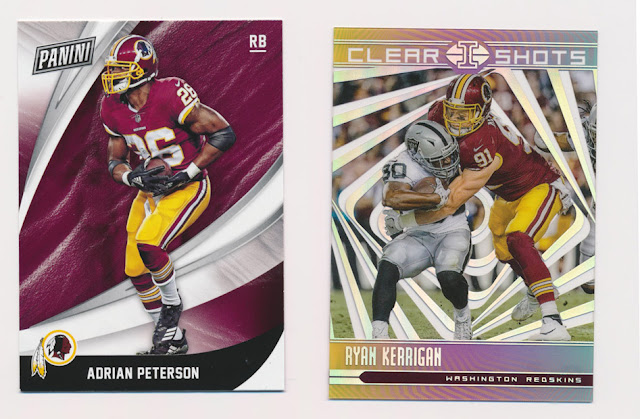 My first Adrian Peterson Redskins card and a Ryan Kerrigan for the acetate collection. 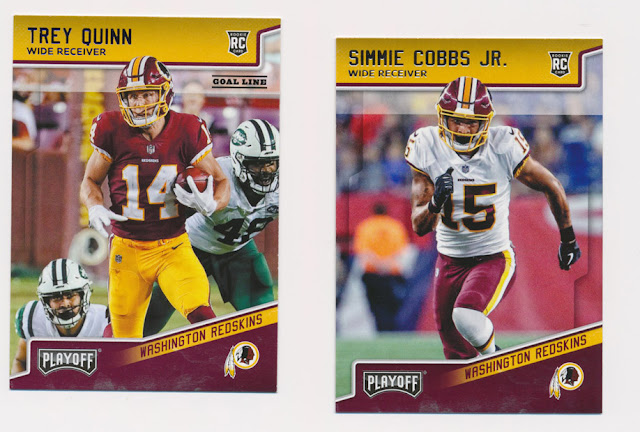 TWo rookies from Panini Playoff, a brand that I really like for in-game photos of rookies as apposed to training camp shots.

Another one I really wanted in-hand, Andres Galarraga from 1997 Topps Screen Plays. I had never even heard of these until recently and was pretty happy there was actually a Rockies player on the checklist and that COMC had one. Super thick, lenticular actiony thing. Doesn't scan worth a crap, but a really cool card in person. 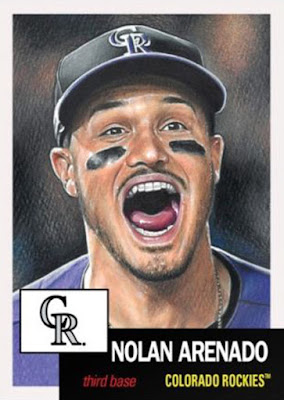 Another Rockies Living Set card with a questionable photo choice 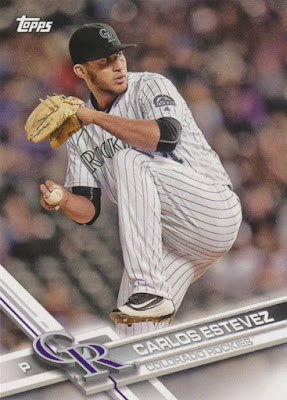 Carlos Estevez in a rare case of a card from the packaged team set who never got a card in either Series 1, 2 or Update.