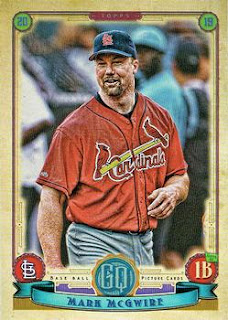 A pretty cool trade pack with some variety. Starting with some Gypsy Queen SP set help, with these being one per box there are a little more expensive to pick up, so if I can trade for them it makes my life easier.

(I was going to title this post "I know I suck at coming up with witty post titles", but it seemed a little long.) 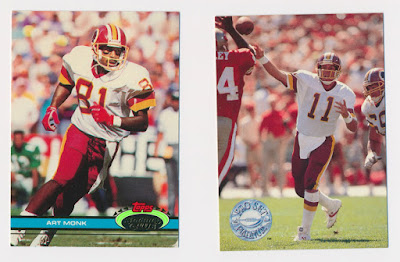 A couple Redskins from some sets that I really like from my youth, 1991 Pro Set Platinum and 1991 Stadium Club, both among the first sets that really focused on photo and card stock quality, not sure how I didn't have either of these until now. 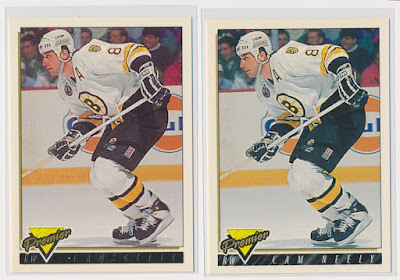 A couple new Cam Neelys, I already had the OPC versions, these are the Topps versions. 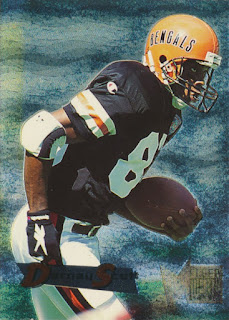 A couple new Frankenset adds, Darnay Scott with the Bengals throwbacks from the 1968-1980 design, before the iconic stripes on a foily favorite, 1995 Metal. 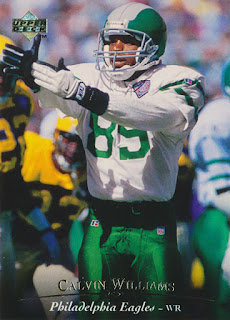 Another for the throwback smorgasbord that was the 1994 season, the Eagles with a weird gray stripe instead of the classic two wings design, also in background the Packers throwbacks placing this photo from the September 18th game in which the Eagles won 13-7 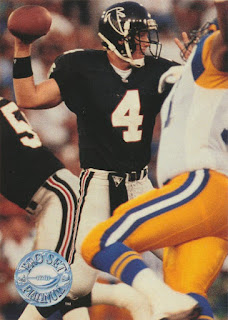 Brett Favre with the Falcons earns a spot at 290 until something more interesting comes along, this shot coming from Favre's first ever pro game, the August 3rd pre-season game against the Rams.