New Project, Football Frankenset, full of throwback jerseys, bad weather cards, kicker, punters, offensive lineman and other random weirdness. Posted in the order I get them more often than in numerical order. 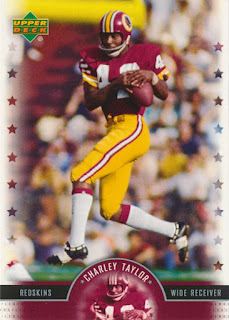 I am making a point of not flooding this with Redskins cards, but I couldn't resist this one. Great vintage photo, single bar facemask, and my favorite uni combo, burgundy tops with gold pants. Also Hall of Famer and a photo that can be tracked back to Super Bowl VII. 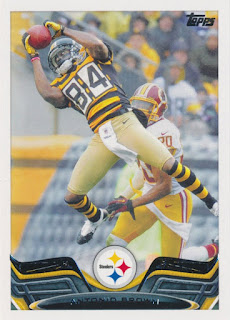 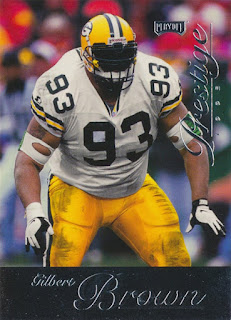 This is what a football player is supposed to look like, what a monster. 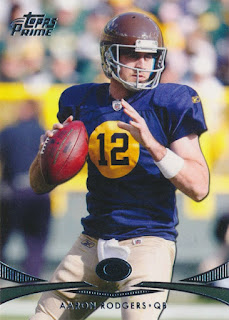 What I am calling the "Golden Age of Throwbacks", back when the NFL allowed alternate helmets, the fuax-leather with the Green Bay 1929 Throwbacks. 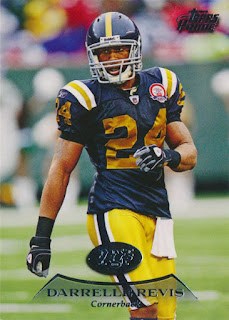 More throwback goodness with one of my favorites, the Jets from when they were The Titans of New York , awesome jerseys, awesome name. 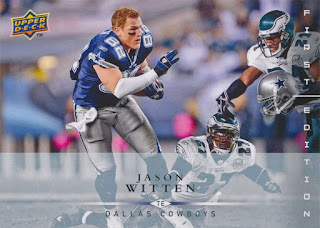 Balancing the Redskins bias with some Cowboys, a helmet-less Jason Witten completing the play against the Eagles. Helmet-less action shots are a no-brainer entry here. 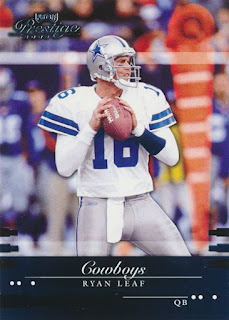 Remember when Ryan Leaf was with the Cowboys? Neither did I, but he started 3 games, going 0-3 with Dallas in 2001 in a season that also saw Quincy Carter, Anthony Wright and Clint Stoerner start games for them. 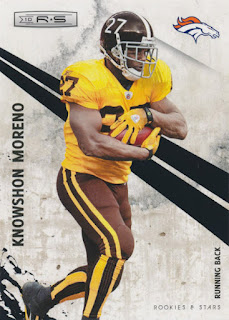 I believe this is the only card to feature these 1960 Broncos throwbacks, they were only worn once, and that is shame because they are something else, highlighted by the vertical striped socks. 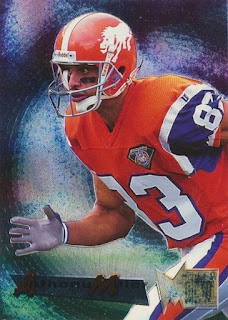 A callback to the 1962-1966 AFL jerseys with a sweet bucking bronco logo on the orange helmet. Also on an overproduction favorite of mine, 1995 Fleer Metal. 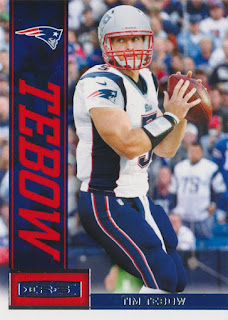 A rare "zero year" NFL card, after spending 2012 with the Jets, Tebow signed with the Patriots for the 2013 pre-season, but was cut before the season started. 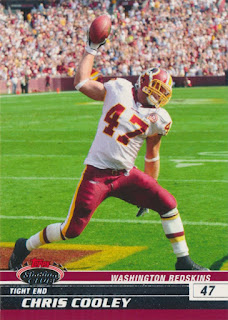 More Redskins bias, just a nice Stadium Club shot of a serious spike with the crowd in the background and the Redskins 75th anniversary patch on the jersey. 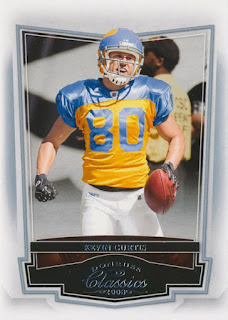 Maybe the worst throwback uni's in history going back to a 1934 design that was based on the Philadelphia city flag, which itself is based of the Swedish flag. 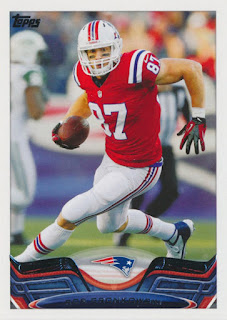 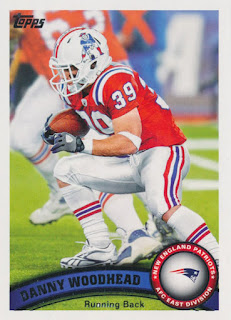 A better shot of "Patriot Pat". 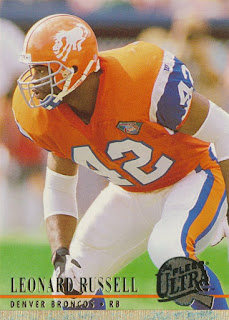 Another appearance of the bucking bronco AFL throwback. 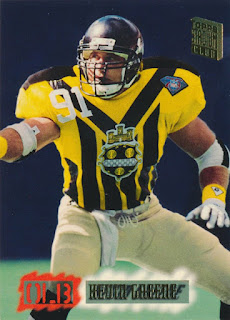 1994 was the NFL's 75th anniversary, and featured some beauty throwback, including the Steelers throwing back to the 1993 Pittsburgh Pirates looking like a weird soccer uniform. 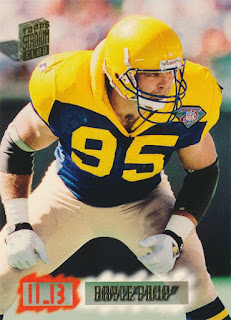