Something I Vowed Not Do (Ghost of Zistle forgive me) 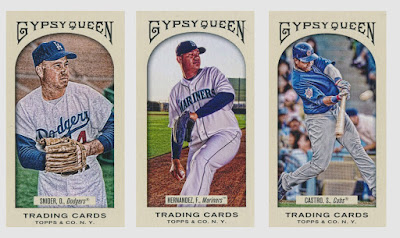 (alternate post title "I Sold My Soul For Baseball Cards)
It has been a long time, 3 years or so, since the Beckett takeover and death knell of Zistle, (for some reason the lights are still on over there and some brave souls are still adding content, although nothing newer than 2017). I wrote a long post about that, so I won't go over it again other than Zistle was awesome, it was killed for no good reason (the reason being a larger company killing a smaller competing company instead of trying to improve themselves), and nothing that exists now is even close to as clean, elegant and user friendly. So began my boycott of Beckett. It wasn't really hard, their website is garbage and there are enough checklist sites that info is pretty easy to find without them. But one thing brought me back, 2011 Gypsy Queen mini photo variations. They were bought through the marketplace, so I imagine Beckett gets a taste, but I couldn't help myself. The above 3 put me at 30/100 of my favorite set I will never finish.

Joining the combined shipping party are 3 retired short prints from this years Gypsy Queen, I forgot I already had the Pedro so it is for trade (hopefully for another short print). 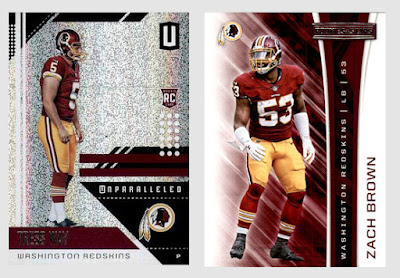 One of Every Redskins needs with a rare modern Punter in Pro-Bowl snub Tress Way and Zach Brown's only card in Burgundy and Gold. 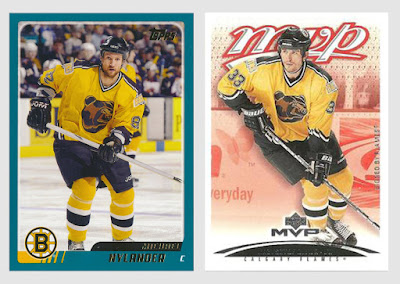 Getting caught up in the playoff run (R.I.P.), I added a few "Pooh" era Bruins in Michael Nylander and Krzysztof Oliwa, two short term stops. 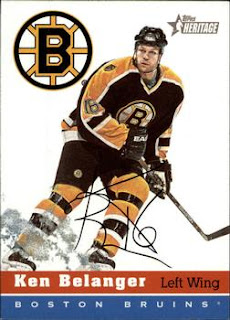 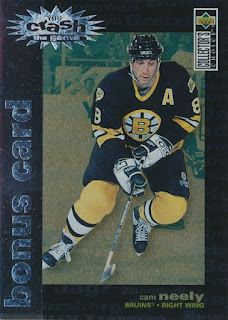 and finally a new Cam Neely "Crash the Game" giving me 6 out of 10 versions.