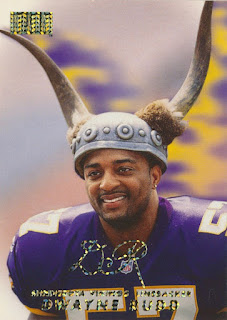 There have been some tough choices so far, this was not one of them, I really doubt anything will displace Dwayne Rudd with an actual Vikings helmet. 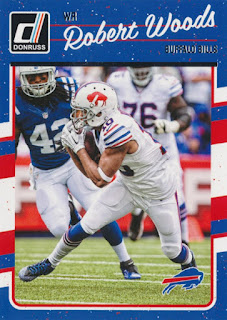 Not sure what I like more here, the sweet Bills throwback helmet or the updated 1990 Donruss design. 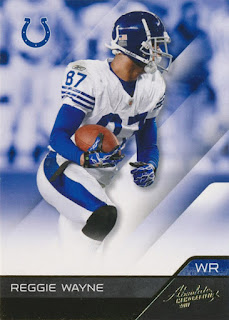 Good shot of these weird Colts throwbacks with the horseshoe decal on the back of the helmet rather than the side. 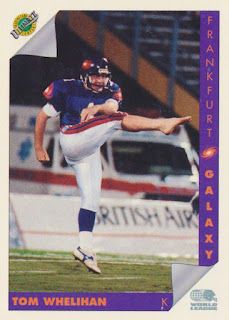 This might break the scale if I was awarding points, weird team, weird league, and not only a punter, but a barefoot punter. 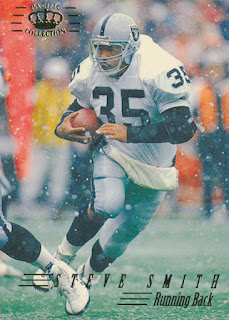 Raiders in a bad weather game and a fullback looking tough with the high neck-guard in the back. 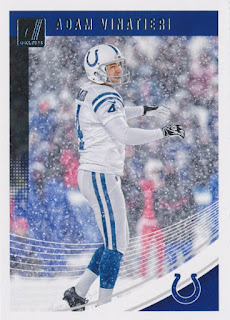 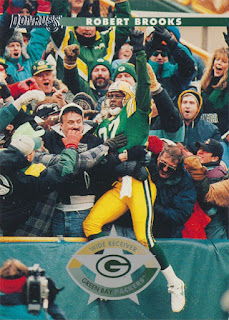 I have been surprised at the lack of Lambeau Leap cards, this is a great one. 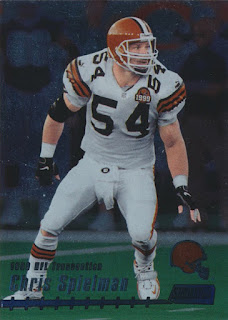 Zero year card of the former Lions great, injured and retired before playing a regular season game with the Browns. 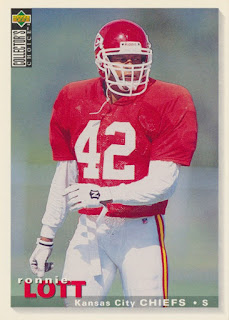 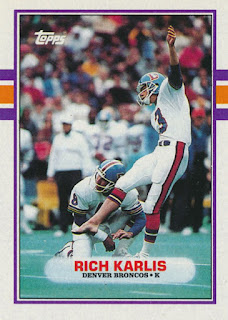 Another barefoot kicker who set an NFL record with 7 field goals in one game and also kicked in Super Bowl XXI. 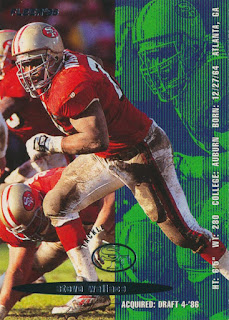 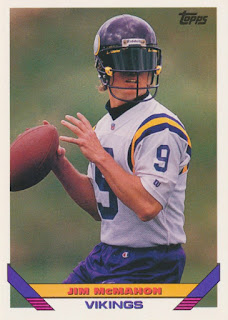 McMahon had a really weird career, from a star for the 1985 Bears, to a journeyman backup. Not a lot of competition at card number 482 so this one will probably stick.