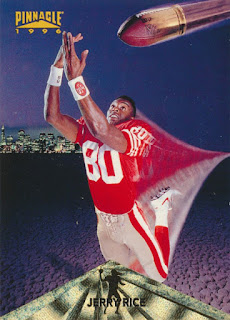 Only 4 adds this month (next month will be better) so I will add some that I already had before the project began.

025 - 1996 Pinnacle - Jerry Rice:
The second Jerry Rice card so far, reminding us all how great Pinnacle was in the 90's. You hardly so inserts this cool anymore, let alone base cards 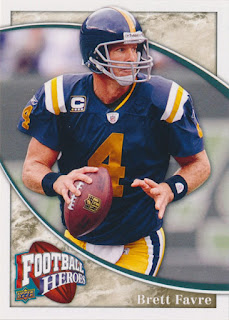 027 - 2009 Upper Deck Football Heroes - Brett Favre
This is a really weird set with most players having multiple base cards, this one featuring Brett Favre with the Jets in their gorgeous Titans of New York throwbacks giving this card super bonus points for short term stop, throwback jersey and Hall of Famer on a weird team. 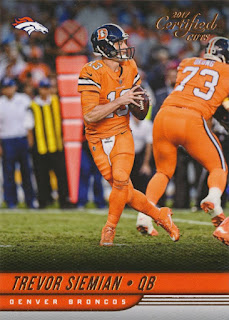 065 - 2017 Certified Cuts - Trevor Siemian
A rare post-one-shell-rule throwback helmet with the color rush all-orange uni's. Full credit to the Broncos for switching out the decals to get around the weird rule. Also 2017 Certified Cuts is a great looking set. 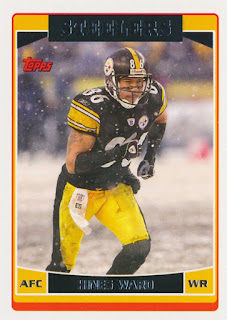 238 - 2006 Topps - Hines Ward
Judging by the Frankeset, the Steelers play in a lot of bad weather games, making for some great cards. 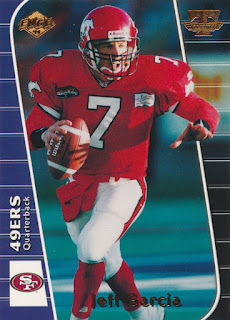 119 - 1999 Collector's Edge Triumph - Jeff Garcia
Only one of two cards I know of with a CFL jersey on an NFL card, Jeff Garcia followed Doug Flutie as a great CFL quarterback who ended up with a pretty good NFL career. 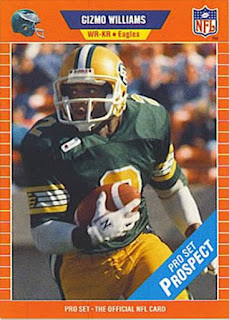 535 - 1989 Pro Set - Gizmo Williams
The Giz only played in 13 NFL games, along with a season in the USFL, but was a big deal in Canada earning CFL Hall of Fame honours in 2006. Also the other CFL uni on an NFL card shown here with the Eskimos. 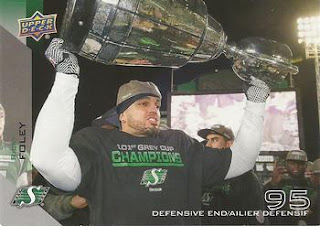 134 - 2014 Upper Deck CFL - Ricky Foley
A guy lifting the Grey Cup on a base card, you are in, no Pro-Saskatchewan bias needed.