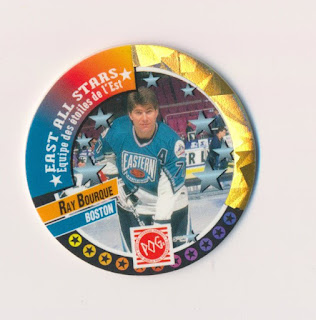 Cleaning out the scan folder and combining a few trades. Why was a Ray Bourque pog on my wantlist? The answer being at some point I picked up Bruins pogs from the 1994-95 set, but was missing 4 from the team set, now I only need 3. 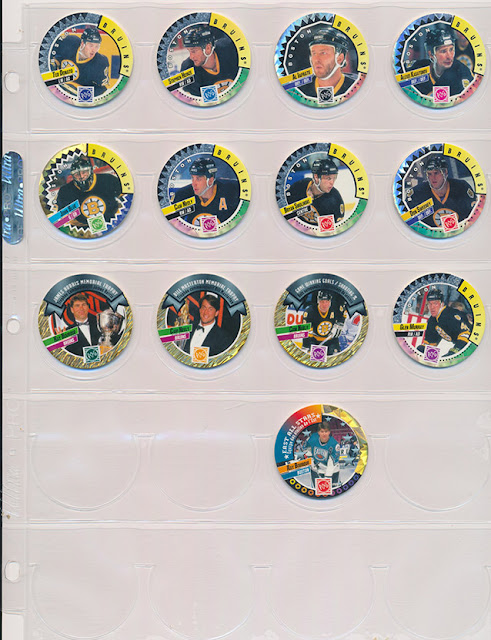 I even at some point found an ultra-pro page for them, here the are in all their 1990's glory, if anyone has a Vincent Riendeau for trade let me know. 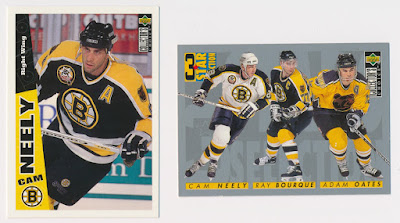 and more Neely, always nice to knock off a few from his playing days and weird to see that I actually still needed some of these. 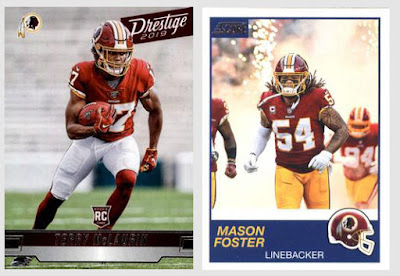 Some 2019 Topps base needs including the Tulowitzi which will probably be both a "short term stop" and a sunset card.

Continuing to borrow other people's ideas for PC cards, Derek Norris with a "Zero Year" Nationals card, along with Kyle Freeland from the criminally underrated Diamond Kings set, and Mike Hampton with a rare baseball press conference card.