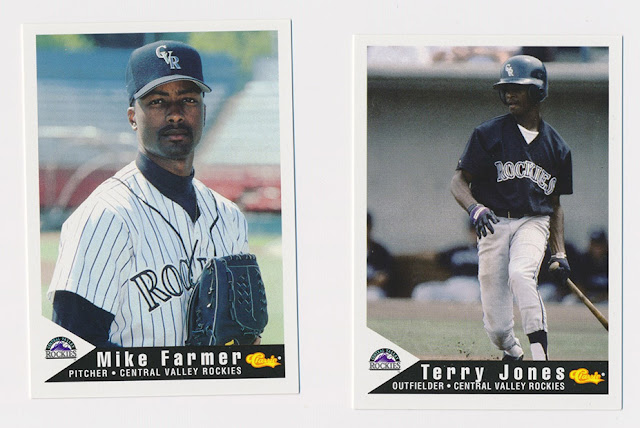 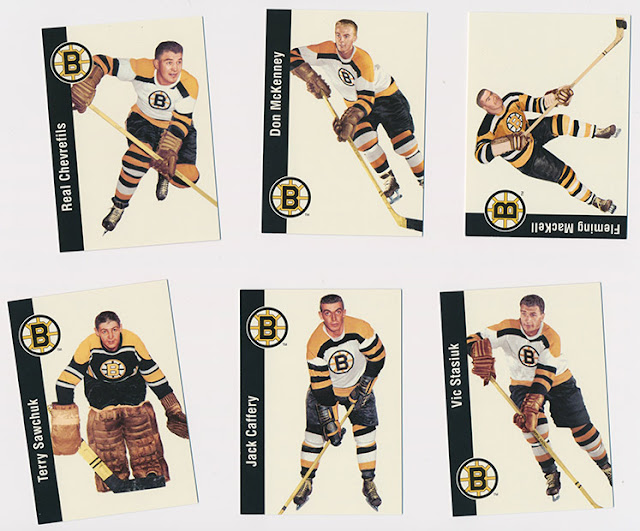 As I said, the seller was Canadian, so there was hockey to fill out the order, including some 1994 Parkhurst Missing Link to fill in some holes in the "One of Every Bruin" collection, including a rare Terry Sawchuk as a Bruin card. 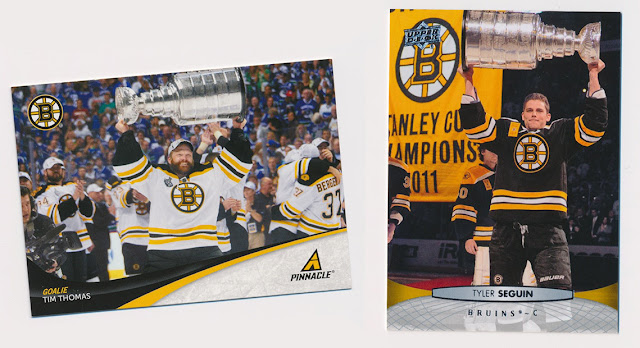 Can't go wrong with Stanley Cup cards, and the Seguin with the patch they wore for the banner raising night.

Three more Cam Neelys bringing me up to 223 unique cards 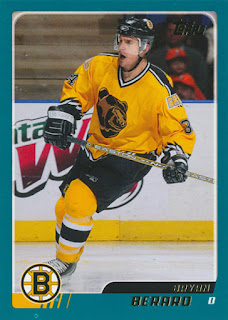 My first Bryan Berard as a Bruins with a Pooh Jersey 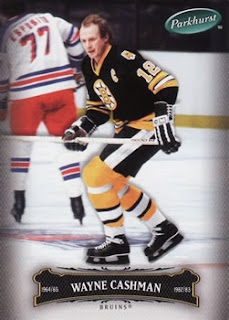 and finally Wayne Cashman with former team-mate Phil Esposito in the background.