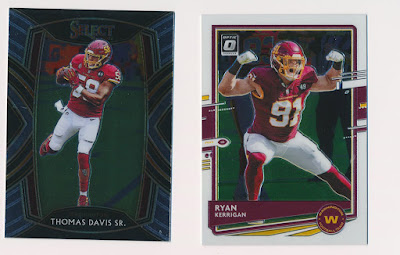 A TCDB trade with the prolific trader DukeyDevil, starting off with the elephant in the card room that has been ignored until now. Washington Redskins Football Team cards. Do these go in the Redskins binder? Kerrigan is already in there, but Davis never was a Redskin. For now these are probably going to end up penny sleeved in the Redskins keeper box, but as time goes on, I will have to figure something out. 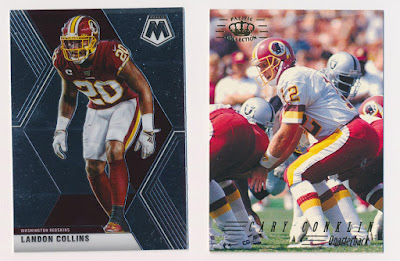 I do know where to put these ones, this is my first taste of Mosiac that seemed to start the card explosion and Cary Conklin for the obscure QB section of the binder. 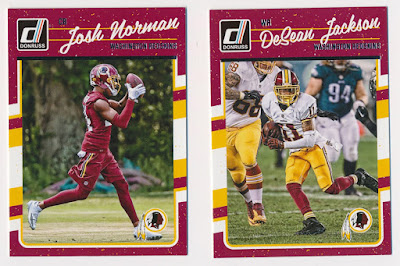 A couple more Pre-WFT cards from the beauty 2016 Donruss set. 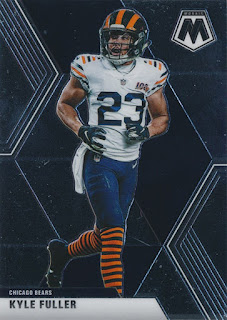 More Mosaic with Kyle Fuller, a Frankenset near miss, but too nice not to show off with the sweet throwback. 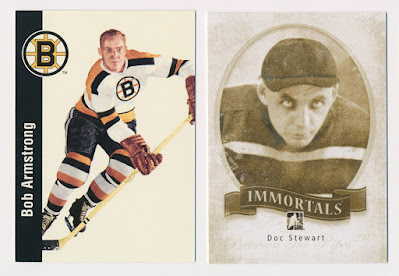 Some Ole-Timey Bruins with Bob Armstrong from the 1994 Parkhurst Missing Link set and Doc Stewart who played goal in the 20's and could also be killed by sunlight from the fittingly named "Immortals" insert set.

A few black bordered beauties from the American version of this set. 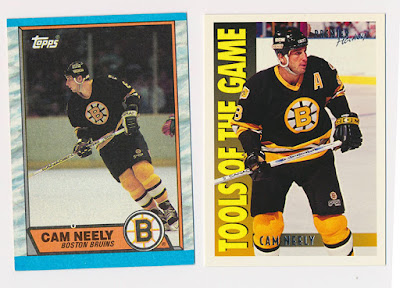 Speaking of American sets, the Topps version of a few Cam Neely cards I didn't have yet. 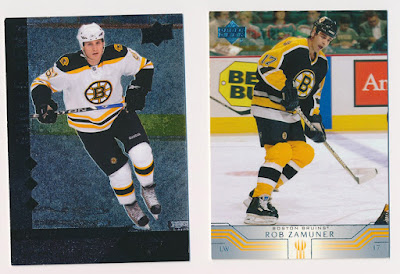 and finally a couple Rockies additions, Manwaring for the catcher binder, Daryl Boston with a nice action photo, the most infamous pinch hitter in Colorado history in Lance Painter, and personal favorite Jason Bates.
Stay tuned for the rest of the trade in the form of a new Football Frankenset post.
Posted by Rosenort at 20:07