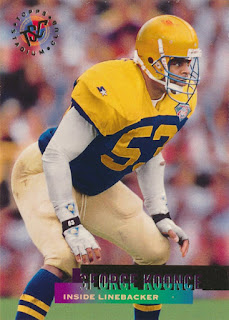 009 -  1995 Stadium Club - George Koonce
I love Linebacker ready to strike pre-snap pics, I also love these gross Green Bay throwbacks. While I am loving things, I love that this completes the first page in the binder of the physical Frankenset. 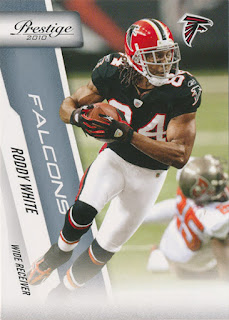 012 -  2010 Prestige - Roddy White
How much do I love the Falcons red Helmet throwbacks? Stay tuned, also bonus points for the random Bucs dude giving up on life in the background. 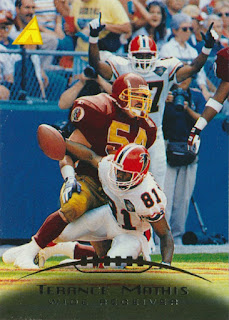 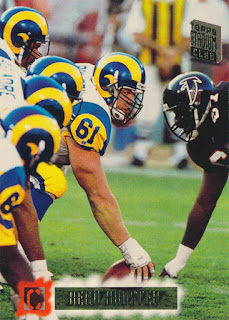 116 -  1994 Stadium Club - Bern Brostek
Every time I see a card like this, I wish we still got cards of Centers, a great down the line shot with a random Falcon cameo. Also Bern might be the most Offensive Lineman name I have ever heard and is unexpectedly a native of Hawaii. 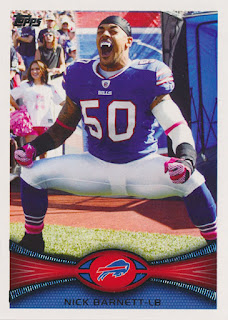 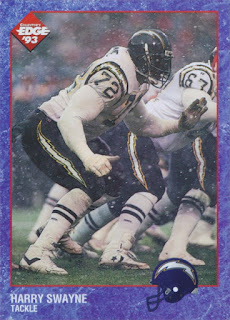 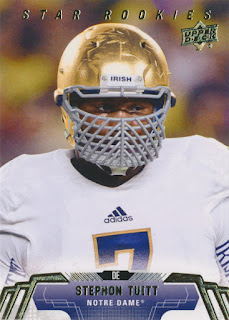 229 -  2014 Upper Deck - Stephon Tuitt
This one is a short print that took a while to track down, totally worth it for the crazy facemask that I don't think the NFL would allow for some weird reason. 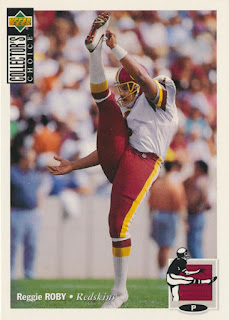 276 -  1994 Collector's Choice - Reggie Roby
A beauty of a punter card, bonus for the little position logo in the bottom right even though the logo dude is seriously lacking on the follow through. 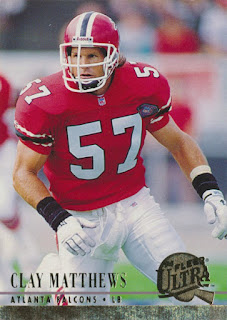 338 -  1994 Fleer Ultra - Clay Matthews
Another great junk wax set and the third and best version of the red helmet throwback in this post, the matching red top. Also a member of probably the only father/son duo in the Frankenset. (I'm sure the is a Matthews Jr. in here somewhere.) 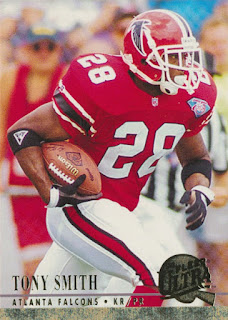