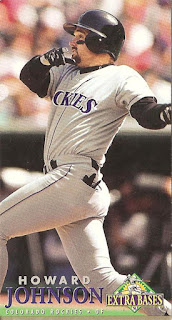 One of my goals for 2013 was to trade more and so far it's off to a good start. Another trade with LV's TTM autographs and Baseball Cards through Zistle featuring some of my favorite sets. Starting off with the first tall-boy baseball card to enter my collection, a Howard Johnson 1994 Extra Bases card, I know I bought a bunch of hockey cards this size as a kid so I must have some 6 pocket pages somewhere. Also some Rockies minis and a Yorvit Torrealba who is back with Colorado on a minor league deal. The rest included some 1992 Pinnacle series 2 and 1995 Upper Deck, two sets I love, but have so few of I haven't really thought about finishing them. A 1971 style Ryan Zimmerman and some Gypsy Queen minis, I love the black borders and the Carlos Ruiz is one of my favorite cards of 2012. The whole thing finished off with a lone Redskin, Sultan McCullough who played one game with Washington and I think finished his career in the CFL. 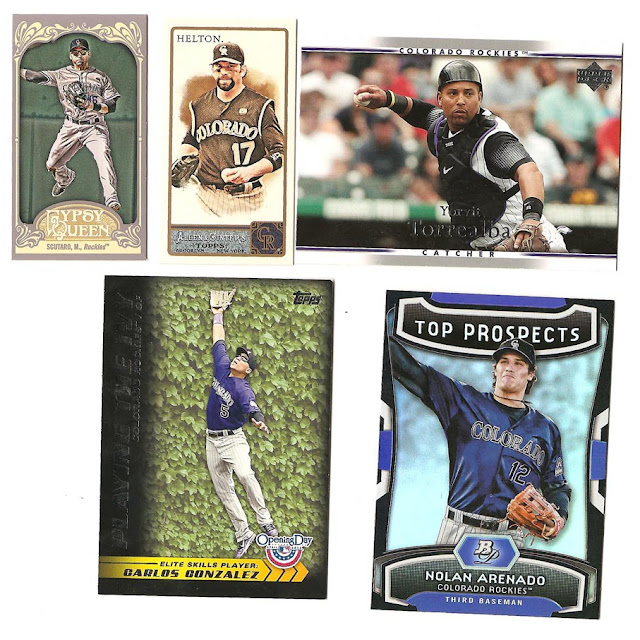 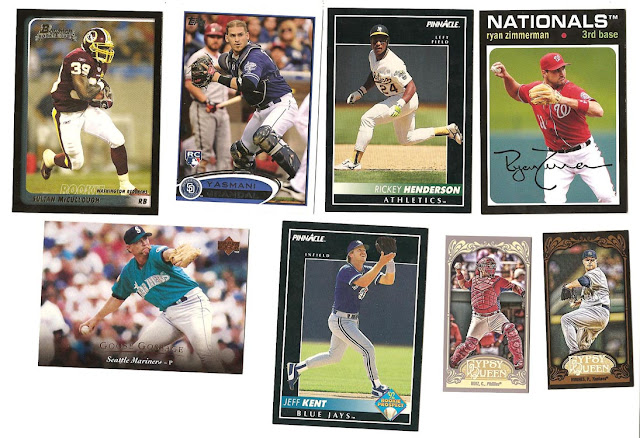