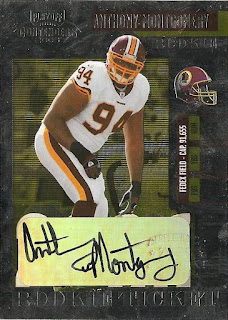 A football themed post for Super Bowl weekend featuring a trade with zistle.com user BengalsFan1. Going his way were all of my Bengals cards, around 50 of so, for some Redskins. Anthony Montgomery has very few cards so this auto checks him off the "One of every Redskin" wantlist. As much as I would love to forget the Rex Grossman era, I needed at least one for the PC, as well as getting my first Pierre Garcon cards. You don't see many cards of o-lineman so the Trent Williams rookie was nice and Chris Horton was a personal favorite who went from NFC Defensive Player of the Week and NFL Defensive Rookie of the Month as a rookie in 2008 to being out of the league in 2011. Finished off by some 2012 Prestige needs including a SP rookie and one baseball card with a 1989 Fleer Ron Hassey, the only player to catch two perfect games. 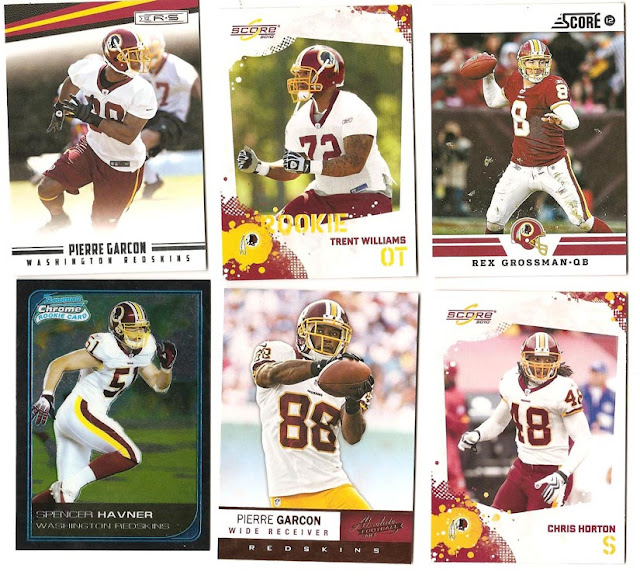 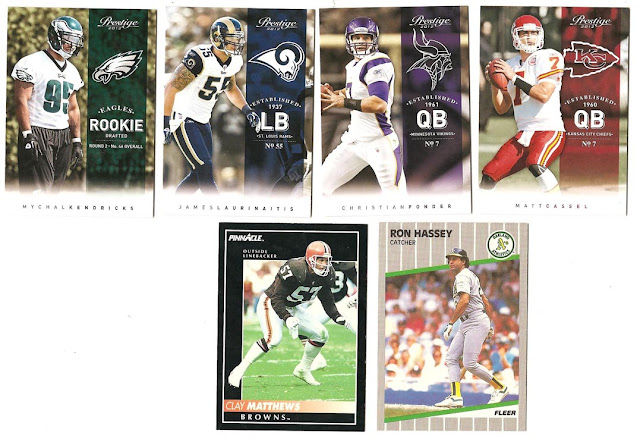