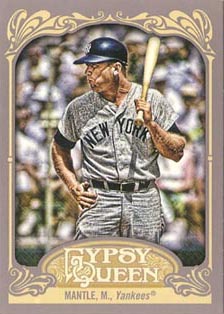 The biggest part of a recent COMC order, over half of the 48 card order was Gypsy Queen, and a large part of that was finishing the photo variants from 2012 (not including the Yu Darvish card). There was also some 2011 & 2013 short prints as I slowly chip away at those sets.

I managed to gather a couple nice Rockies cards as well, the 2013 Tulo short print, a 2011 Printing Plate of Jorge de la Rosa, relics of Jordan Pacheco and Carlos Gonzalez, a 2013 Black Mini Cargo, the last 2 Drew Pomeranz mini's I needed for the rainbow and a mini autograph, numbered to 10, of Wilin Rosario. 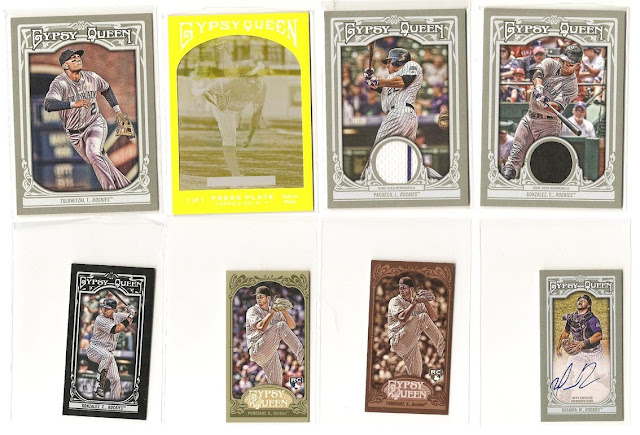