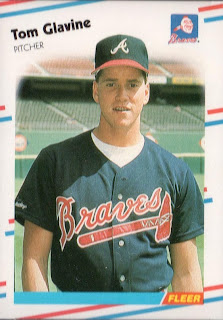 Zac247s has the most trades on Zistle so it is kind of surprising it took this long to trade with him. In return for some Cardinals and Matt Holliday cards, he sent me a stack of cards, including Fleer and Score rookie cards of Tom Glavine. Despite a strong dislike for the Braves, I always liked Glavine and these cards are nice to add to the collection.

My favorite part of Zistle trades is getting weird cards from my wantlist, stuff other than Rockies and set needs. Kelly Stinnett and John Buck are additions to the Catcher Goalie Mask collection, while Todd Hundley and Craig Biggio also head off to the catcher binder. Nicholas Weglarz is one of the few Team Canada WBC cards I have and Jeff Reed is my first 1987 Topps Traded. 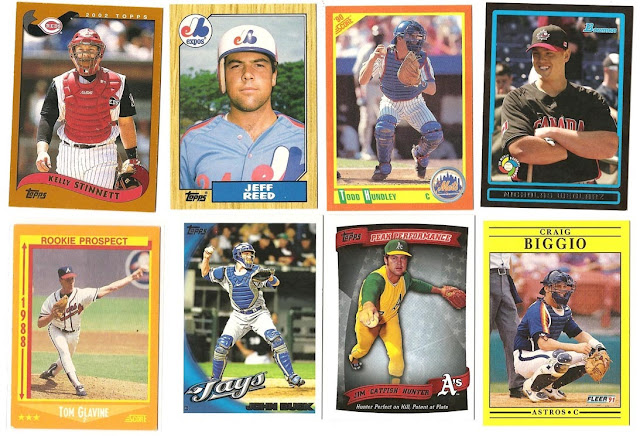 Of course there would be a few Rockies, a diving chrome Eric Young, Jr., Rockies "vintage" with a 1992 Ryan Turner, and Chris Iannetta and Miguel Olivo for catchers. Finished with a couple guys who never made it to Colorado. Jared Clark is in independent ball and is probably best know for pitching 3 scoreless innings and getting the win in a bizarre 18 inning High-A game. Sheng-An Kuo never made it the Double-A, and Parker Frazier was just traded to the Reds. 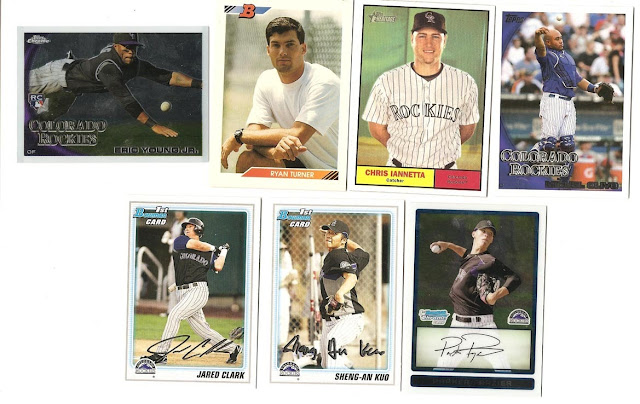