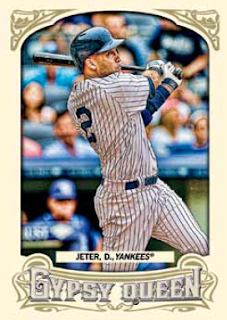 So far every release of Gypsy Queen has had things I liked and things I didn't like, and based on a first impression, I would personally rank the 2014 design above the 2013 and 2012 releases, but still a step behind my personal favorite, 2011.
Posted by Rosenort at 12:12