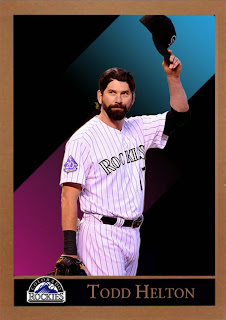 The second point of this post is just to acknowledge Todd Helton who played his last game in Denver and will have 3 games in L.A. this weekend to close out his career. Obviously as a Rockies fan I loved watching Helton and really hope he makes the Hall of Fame. He will be fighting the Coors Field stigma, as well as playing in a market without much national media attention but that's an argument for a later date, now is just a time to reflect on a great career and just say "Thank You Todd".
Posted by Rosenort at 11:44