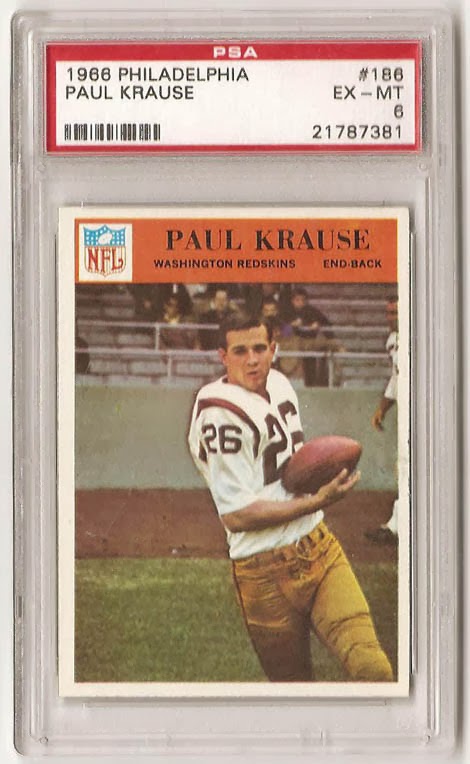 2013 Grey Cup Champion Dariant Durant, pictured with the Ravens before coming up north to the CFL. Durant has been with the Roughriders for 8 seasons, 5 as the starter. 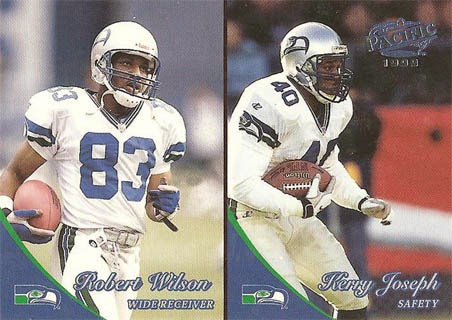 Another quarterback that led the Roughriders to a Grey Cup title, Kerry Joseph. I think this is the only NFL card Joseph appeared on, from his time as a Safety with the Seahawks. A college QB, tried out with the Redskins as a slotback, then spent 4 seasons with Seattle as a safety before coming to the CFL and returning to quarterback and winning the 2007 CFL Most Outstanding Player Award. 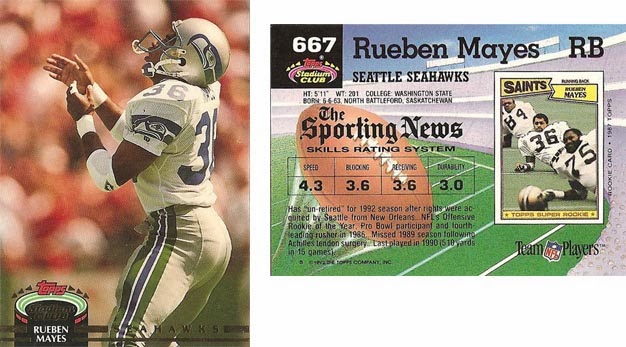 Another Seahawks card, this time featuring on the few NFL players from Saskatchewan, Rueben Mayes. The NFL Rookie of the Year in 1986, rushing for 1,353 yards with the Saints. I wish Topps would bring back Stadium Club just for the rookie card on the back of the card. 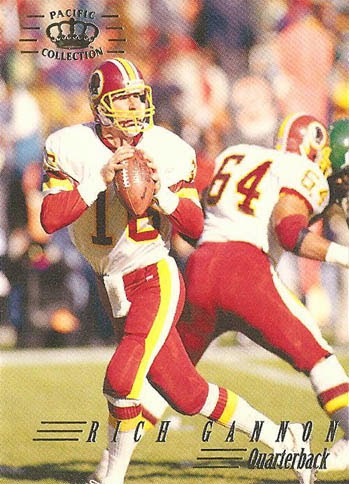 One of two cards I know of that show Gannon with the Redskins, and one I didn't even know existed until it showed up on COMC. Gannon played in 8 games, starting 4 with Washington in 1993 before going to the Chiefs, and then Raiders where he won an MVP and went to Super Bowl XXXVII. 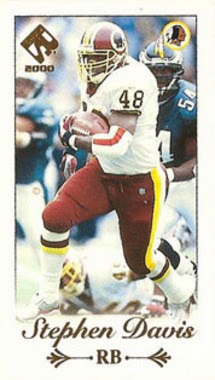 Mini Tabacco sized football cards are pretty rare and I will grab these Private Stock ones whenever I can. Davis is a pretty underrated Redskin, a guy that ran for over 1,400 yards three times and scored 17 touchdowns in 1999. 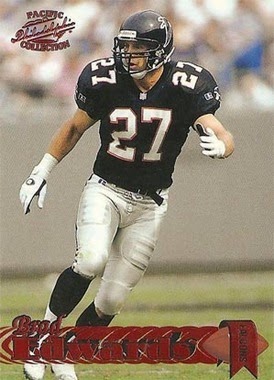 The almost MVP of Super Bowl XXVI, picking off Jim Kelly twice in the Redskins victory. Another favorite of mine as a kid, Edwards always led the NFL in interceptions in my Joe Montana NFL Football '94 seasons on the Sega Genesis. A guy I have never heard of, but I love Fleer Metal. Murray never played in the NFL, but spent a few seasons in the Arena League. 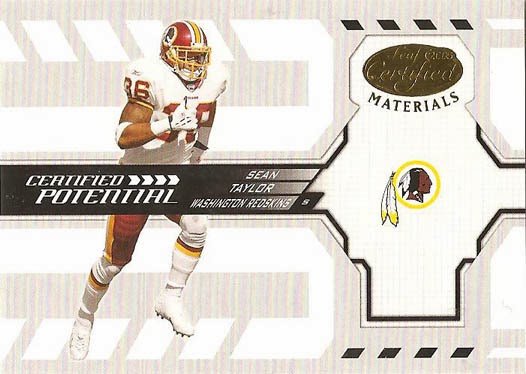 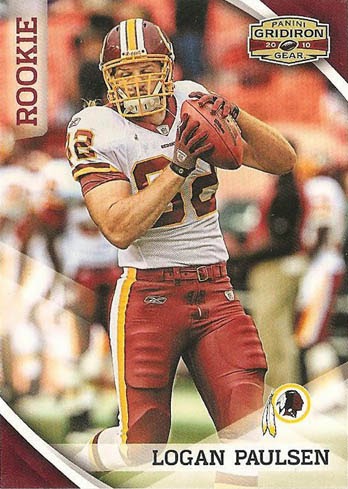