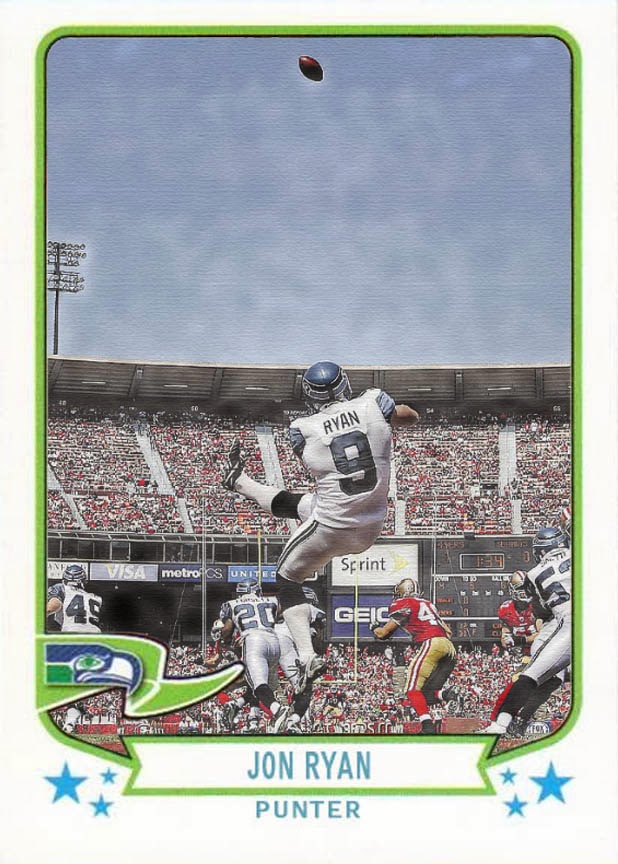 Congratulations to Jon Ryan, the first Saskatchewan native to be a part of a  Super Bowl Championship team. Ryan played his college ball in his hometown of Regina as a Receiver/Punter/Kicker, where he still holds the record for longest touchdown reception at 109 yards. After spending two seasons in the CFL, and being named a CFL All-Star in 2005, Ryan signed with the Packers in 2006 and in 2008 went to the Seahawks. Despite playing in 127 career NFL games, he still does not have a football card in a NFL set. It was pretty lucky to find such a good photo of a punter, mixed with a retro style design in Topps Magic, this is easily one of my favorite customs.
Posted by Rosenort at 10:53