Goodies From Across the Pond 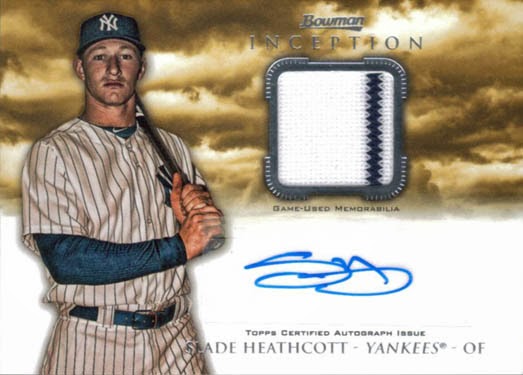 Winnings from a recent contest at everyone's favorite Dutch Card Blogger, arrived, with an Inception Auto Relic of prospect Slade Heathcott, I love the Inception line and even though I don't collect Yankees this card is a welcome addition. Some random Rockies also came along for the ride.

Some 1996 Metal Universe, this might be the most '90's product ever, the '96 version is not as bizarre as the '97 set, but full of shiny, foilly weirdness and I love it. Billy Swift was often injured in his Rockies career, maybe pitching with chains wrapped around him had something to do with it. 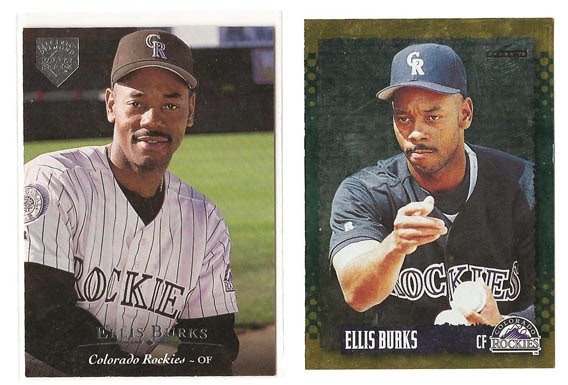 Some nice Ellis Burks parallels, the forgotten Blake Street Bomber, who hit .344 with 40 homers and 128 RBI in 1996, finishing 3rd in the MVP voting. Some catchers, Jeff Winchester, who I think is still the highest drafted catcher in Rockies history, but never made it past AA. And what would a Condition Sensitve post be without a Ramon Hernandez card, this time a "Raining Urine (whoever came up with this is brilliant)" parallel from 2012 Topps that I didn't have.

There were a couple Larry Walkers I didn't have, bring me up to 100 unique Walker cards, most for any Rockies, even more then Todd Helton. A really cool Denny's hologram and Dante Bichette, and Howard Johnson from his brief stint in Colorado. 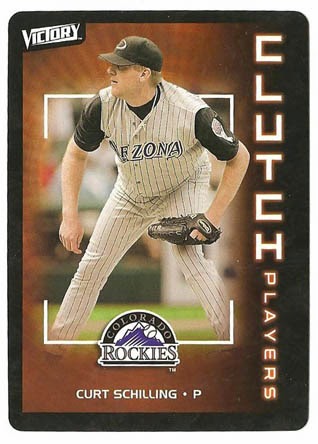 And finally the, coolest/weirdest card in the pile, there was a few cards from a set I have never seen before, 2003 UD Victory with rounded corners looking like playing cards. I was thown off to see a D-Bag in a pile of Rockies cards, but then I noticed the Rockies logo, a strange addition to the Colorado PC. Thanks for the contest and the cards!
Posted by Rosenort at 10:36