Buckstore Trade with more R's than a Pirate Ship. 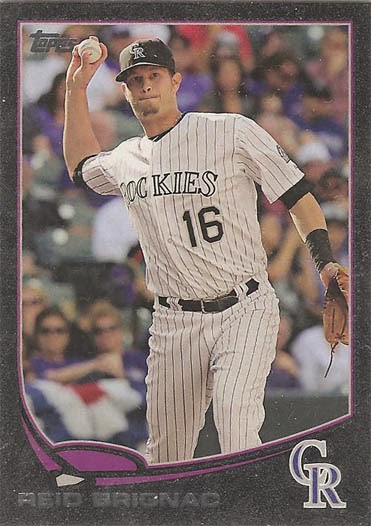 Catching up on a trade post with Sportscard From The Dollars Store bringing in the 3 R's, Redskins, Rockies and Roughriders.. His side of the trade already posted here. After pulling a decent Senators card I was hoping it was needed at Buckstorecards, and it was. In return I got a black border Reid Brignac, not only is it a lovely black border parallel, but it catches me up on my Rockies frankenset.

A couple Roughriders from the 2003 Pacific Atomic set were also in the package, two fan favorites with Corey Holmes and  Chris Szarka.

More football, this time Redskins, I love the 1985 design on the Garcon and the drawing/painting makes for a nice Riggins card. The original RG in Rex Grossman along with the current RG3.

and of course more baseball, Dahl and Gray are among the Rockies top prospects and Dickerson should get a good look in the Rockies outfield this year. The Smithson is from the OPC version of the 1987 set, something I have thought about trying to complete, but have not really put much effort into.