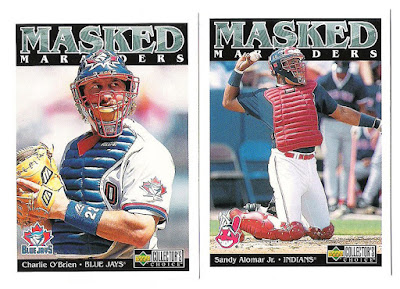 Justcommons.com is hardly a new thing, but I finally had enough cards to dive in and make an order. I ended up with 63 cards and will summarize what I thought of the site in my last post, the first few will just be shown off what I picked up. I don't know how many catcher collectors there are out there, but this post is for them. One of my first Justcommons quests was to finish the 1998 Collectors Choice "Masked Marauders" subset. They didn't have the Piazza, but had the rest I needed. Some nice late 90's painted goalie style masks, the most famous probably being Charlie O'Brien, and Sandy Alomar with a sweet Chief Wahoo painjob. 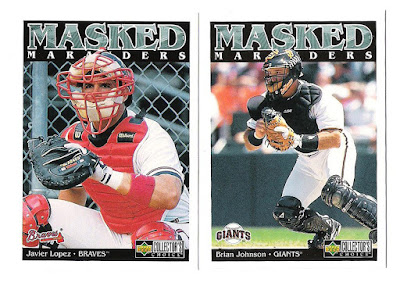 More Marauders, not sure how Brian Johnson got in this set... 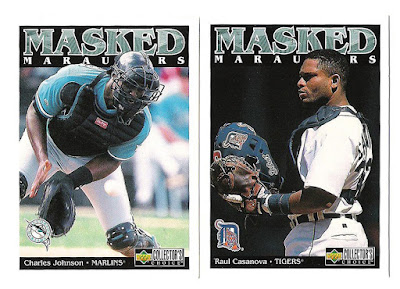 and even more including the amazingly named Raul Casanova. 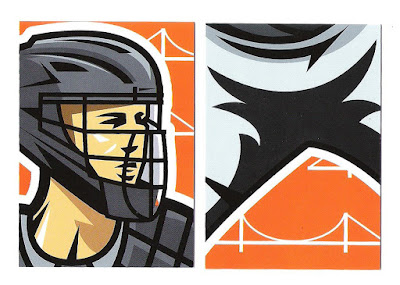 Added two, still need two on the Buster Posey puzzle, the mask/face card is nice to have, but the second one makes for an awkward card by itself. 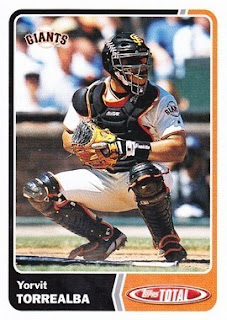 There are way to many Giants cards on here, at least Yorvit would go on the be a Rockie. 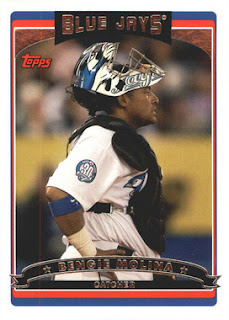 What would a catcher card post be without a Molina brother, the Blue Jays always seemed to have some nice paint jobs on their masks. 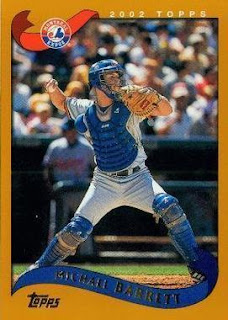 Michael Barrett from Canada's the other team, I still love getting Expos cards. 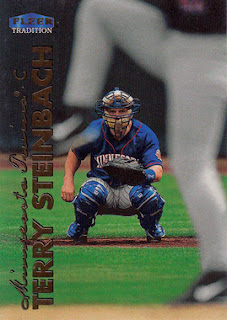 A real unique photo, something you would expect from Stadium Club or Upper Deck. 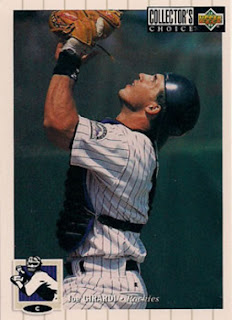 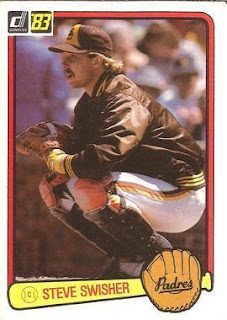 And finally the oldest card of the lot, Nick Swisher's dad Steve. I love the casual shot with the war-up jacket and no mask.
Posted by Rosenort at 09:54