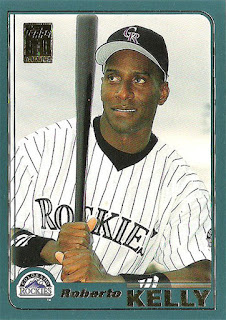 I like Sportlots, although it takes a lot for me to make an order, adding things until there is enough from one seller to justify placing an order. One card that was on my list for a while was this 2001 Topps Traded Roberto Kelly. Kelly played in 1,337 MLB games, but none of those with the Rockies making this a true "Zero year" card. He did play 63 games with the Rockies AAA team in Colorado Springs, but never made it to the majors in 2001. A two time All-Star and the guy that broke up Dave Stieb's perfect game with 2 outs in the 9th in 1989. 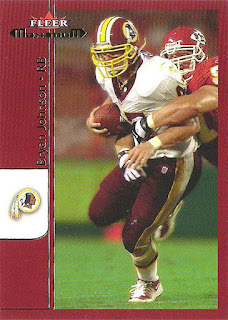 One of my "Needed Nine", Johnson was a fullback with the Redskins from 2000-2003, fullbacks receive little cardboard love so his only card is in Fleer Maximum, back when every company had about 150 different brands. 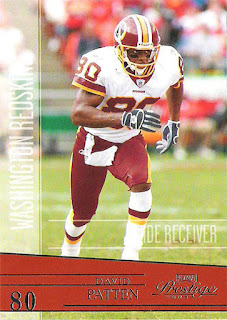 Another obscure Redskin, David Patten who spend two injury filled years with Washington, but was better know for winning a few rings with the Patriots. 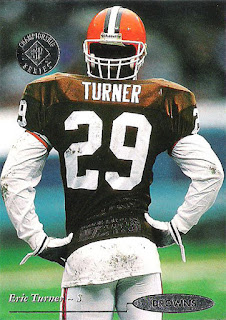 I was always an Eric Turner fan, and this is a great card, if I ever put together a football frankenset, this would be a no-brainer. 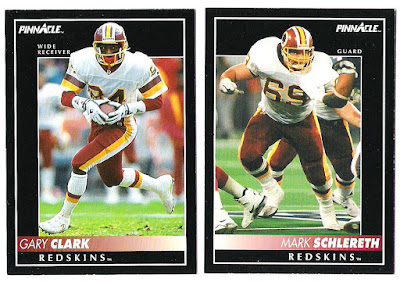 One of my favorite designs of all time, 1992 Pinnacle, surprisingly I am still chipping away at the Redskins team set. 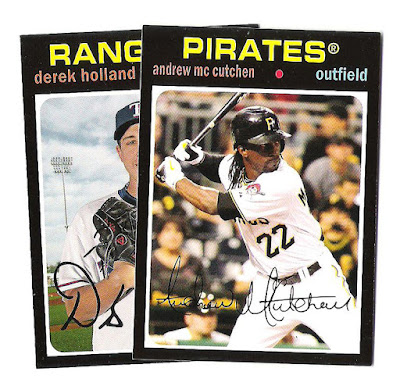 And some 2012 Archives set help to fill out the package, no idea why I scanned these like this, but I did.