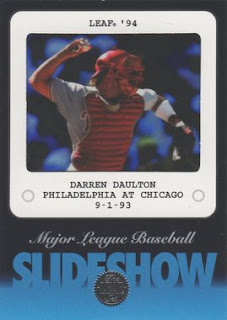 A really cool zistle trade starting with a really cool Darren Daulton Slideshow insert from 1994 Leaf. Not really an acetate card, but the picture is like a piece of film, hence Slideshow, making for something different and a really interesting card to have in-hand. 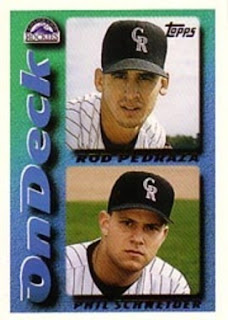 Another card I was excited about, mostly because I never knew it existed. This card hid from my wantlist by being listed as an Indians card on most checklists and because I have never heard of either player. They can now be added too, and checked off my "Rockies that never were" list. 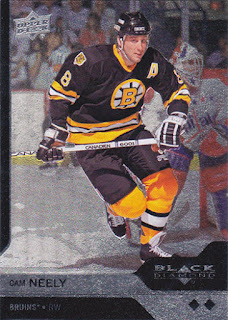 Always nice to get a new Cam Neely, and even better when it's a nice foil-y Black Diamond card.

Some Goalie action featuring a hometown Saskatoon Blade, one of my all-time favorites Mike Liut and Tyson Sexsmith, who has "Sexy" painted on his mask, of course he does. 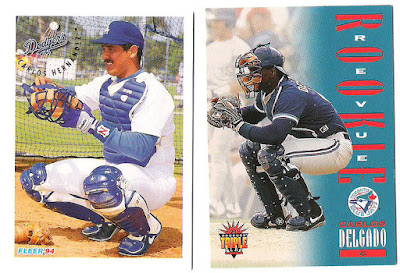 Catchers named Carlos, one a little more well known than the other. 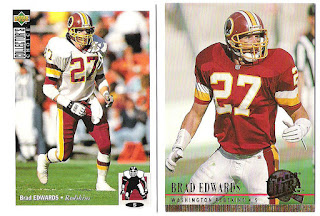 Brad Edwards, who would be in the Hall of Fame if his stats from my seasons of Joe Montana football on the Sega Genesis counted. 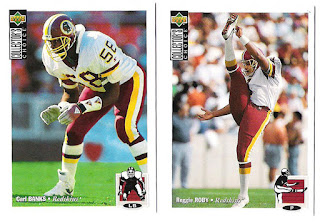 and a few more Redskins with a couple guys who made their names with other teams, gotta love the Reggie Roby card. Also not pictured a nice stack of 2012 Panini Prestige that got put away before being scanned.