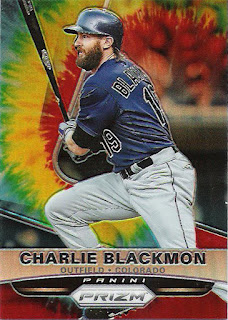 I have to admit, I am still not a fan of the logo-less Panini stuff, but when they put out something like the above Tie-dyed parallel, they deserve to get some credit. I don't know if Prizm will return for 2016, but if it does, I hope these show up again. 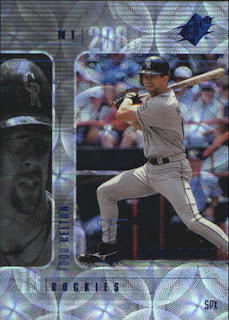 Continuing on with crazy parallels, a "Radiance"parallel from 2000 Upper Deck SPx of Todd Helton. Scans really don't do these justice. 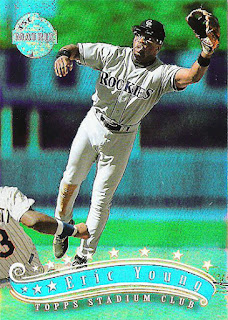 more weird parallels that scans don't explain, Stadium Club Matrix, kind of like chrome but all distorted and radioactive looking. 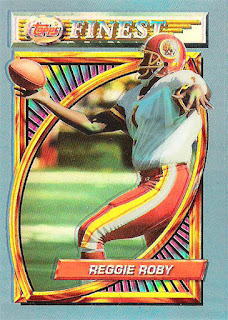 back to a little more familiar territory with a Finest Refractor of Reggie Roby, who doesn't love punter cards? 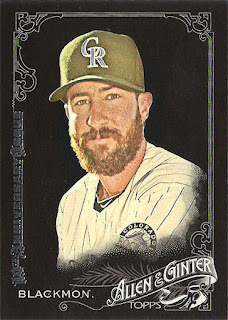 I am torn on these cards, I don't like Ginter, but I like black borders. I think I am still in the "Don't like" camp on these though, the boring posed photos just don't do it for me. 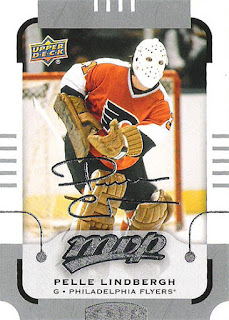 A Silver Script parallel of Pelle Lindebergh, I think these are pack of the Upper Deck e-packs making them cheaper than most Lindbergh cards. 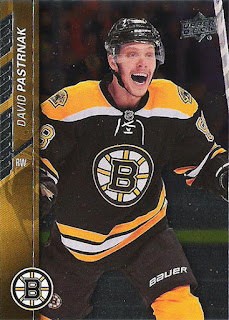 This one is straight from the Upper Deck e-pack program, I have been opening the free packs since they came out and traded around until I got 10 Pastrnaks, upgraded them to the Silver Foil and transferred it to my COMC account. They do charge 25 cents to ship them out, so not exactly free cards but still a cool idea. 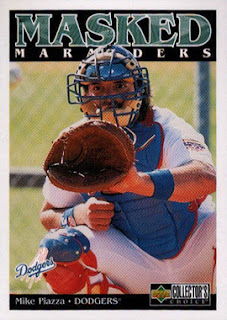 The lone base card of bunch, a 1998 Collector's Choice finishing off the Masked Marauders subset.