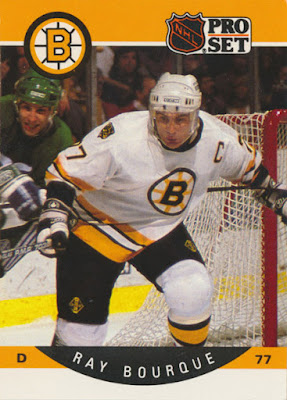 A tcdb trade from before things got weird, highlight by, yes, a 1990 Pro Set card. For all the Pro Set I opened and traded for, I never have a Ray Bourque "corrected" variation, until now. A much as this set epitomizes "junk wax", it has really grown on me over the years, including all the little errors and quirks in the set. 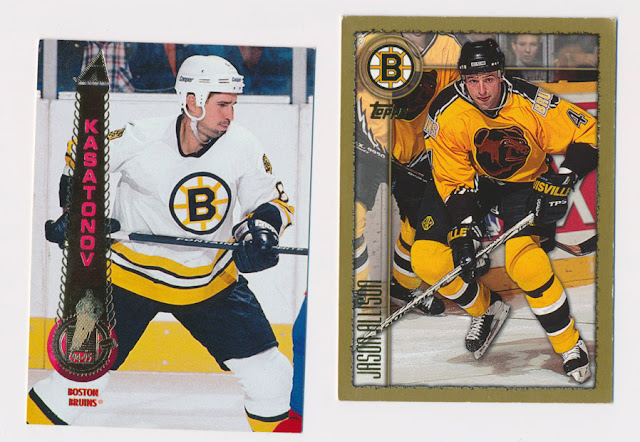 One of my favorite designs of all-time, 1992 Pinnacle, which oddly released both an English only and bilingual set with different photos on the front. 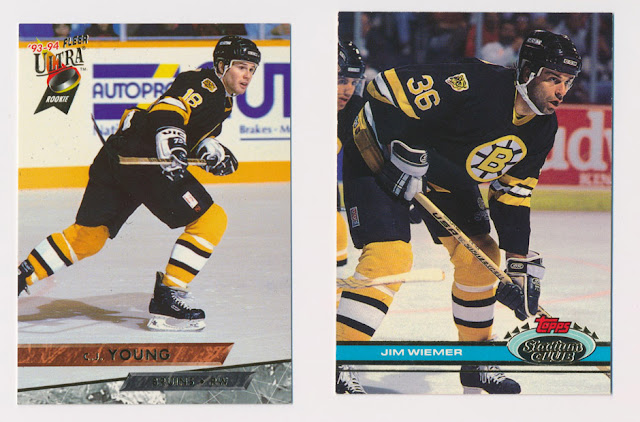 And a couple for the "One of Every Bruins" collection, including Young Gun Tyler Randell, Hall of Famer Bobby Bauer and Dean Malkoc on his only Bruins card.