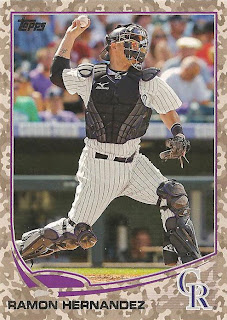 The ongoing saga of the 2013 Topps Ramon Hernandez rainbow continues with a reasonably priced camo parallel numbered to 99 from sportlots. Along for the ride were a few randoms for the wantlist to make shipping cost per card a little more reasonable. A Drew Pomeranz numbered to 199 from Bowman Sterling, I really like the looks of this set, they don't scan great but look really nice in real life, Chris Cowell and Jordan Pacheco go into the Rockies Catcher collection, Pacheco is a part time catcher so it's nice to get a card of him in catcher gear, even if it's a spring training shot from the terribly ugly Finest set. The Neely is a throwback to my youth as he was the first player I ever actively collected, and finished off with some 2012 Gypsy Queen photo variants that I already had, but were too cheap to pass up and are added to my GQ tradelist. 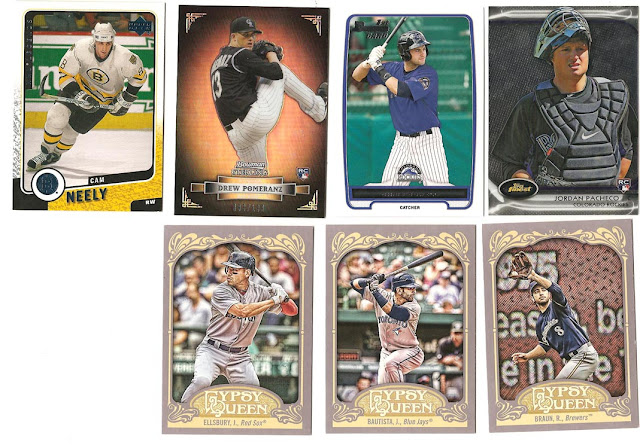