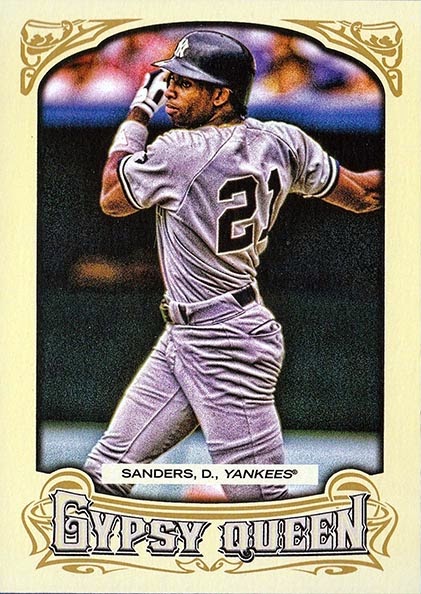 The first card I pulled was a Deion Sanders, I cannot stand this guy, I get enough of him in football season, please keep him out of baseball sets. Now, with that out of the way, I really like this years set, reminds me a lot of the 2011 set, just fancied up a little. The one complaint that arose is that while sorting, the card numbers are in perhaps the worst place possible, almost dead centre in the middle of the card back. Here is a breakdown of Box 1 of 2.

174 base cards, 58% of the 300 card base set, with no dupes (this still boggles the mind of my 12 year old self who almost finished two sets of 1990 Pro Set before having to trade to finally get a stinkin Mike Vernon card). 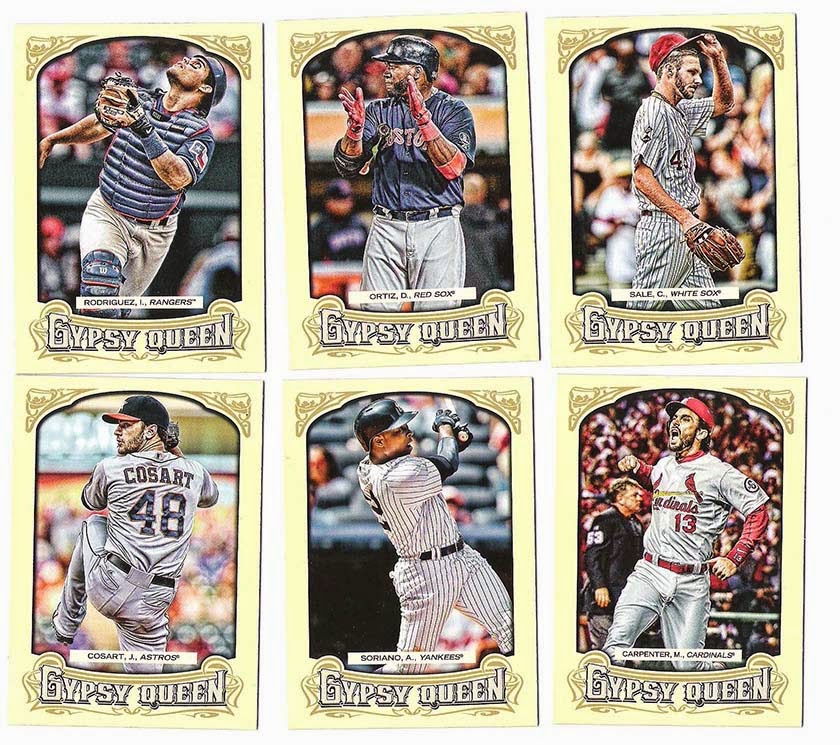 6 Short Prints, thank you to whoever went back to putting the short prints all together rather than scattered around the set. Although having card #42 a short print and #325 not a SP is annoying, but Mariano Rivera is a big deal for Topps this year.

2 Framed Blue, a staple in GQ from the start, these looks good as always, I pulled Mark McGwire and Mike Schmidt.

The inserts really do nothing for me this year, Dealing Aces is a huge improvement over lasts years hideous design, and Glove Stories is always good for some interesting photos, just look at the Carl Crawford, but where are the Collisions at the Plate, one and done for these, huge disappointment. It was nice to pull a Jose Fernandez, a guy you can't help but like (unless maybe if you are a Braves fan).
I pulled the following:
4x Glove Stories
4x Debut All-Stars
6x Aces
6x N174

There was nothing exciting in my photo variation mini box, as someone who is not a "mini guy", this little box, while a cute little box, is a waste of box space. 18 Base Minis, all meh, Eric Davis was my short print mini. 3 Black Mini's, I love the black minis and this year is no different, it looks like they ditched the green border minis and added and extra black per box, no complaints here. My one Sepia was Albert Pujols. 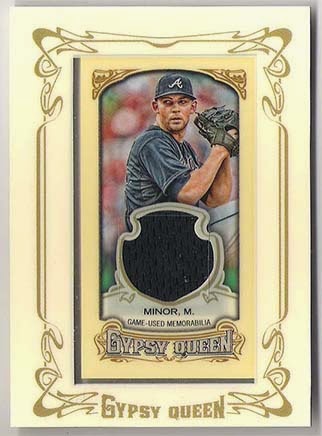 My one Mini Framed Relic was Mike Minor, honestly, I hate these, the plastic frame is so ugly, same with the mini printing plates, ugly, ugly ugly. 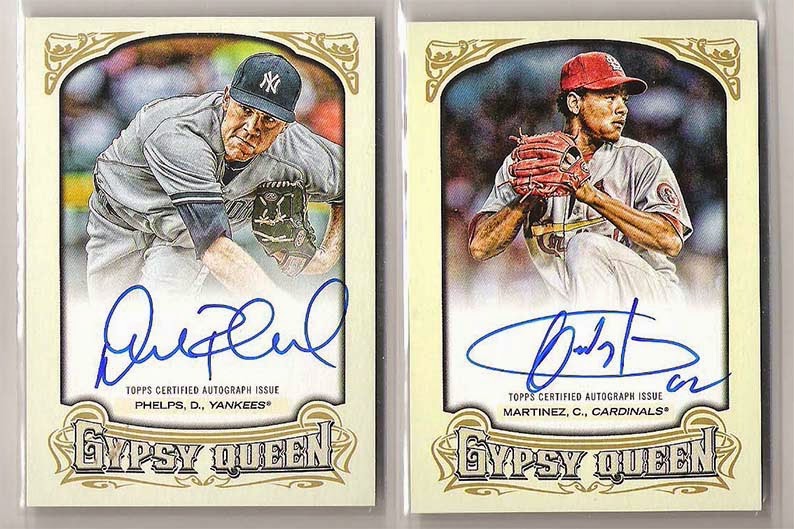 My extra hit, and second year in a row I pulled a printing plate from Gypsy Queen, this one is of Yasmani Grandal, Padres catcher. It is always cool to pull one of these, but that was far from the best card in the box. BOOM! I knew something was up when the pack only had three cards in it after opening, this thing is super thick, and very cool as I have never seen a button relic in real life. This is numbered 1/3 and the other two are already on ebay, and this will probably end up on there as well. I would love to keep it, but I could buy a lot of wax for what I can get for this. If you made it this far, Thanks for reading.
Posted by Rosenort at 07:25