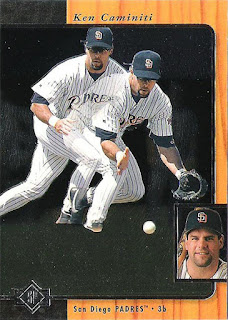 Continuing on with the 1996 SP box break, highlighting some of the more interesting base cards. A nice double exposure card of Ken Caminiti, this was something that Upper Deck did quite a bit of and something you don't really see anymore. 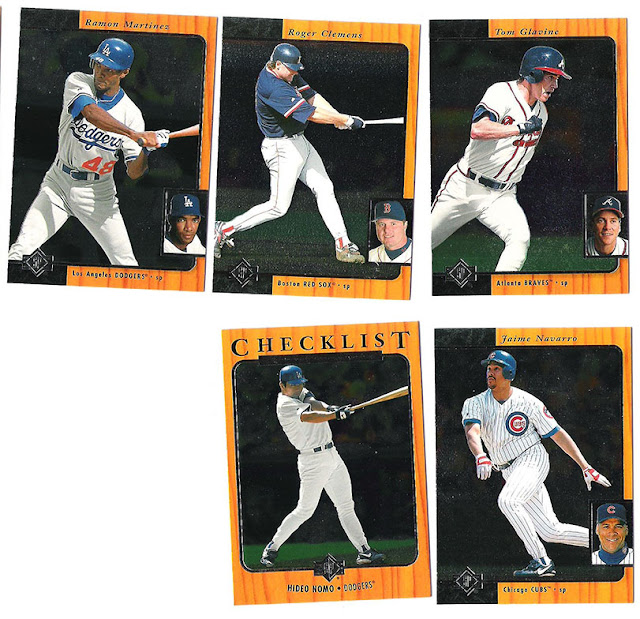 Holy pitchers at the plate Batman, including a pre-DH American League Roger Clemens, and not including the Jim Abbott from the post before and a Jack McDowell that I didn't pull in this box. 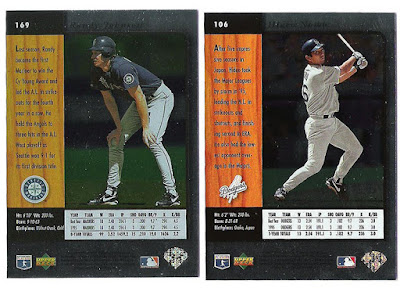 Bonus Pitcher a the Plate action with a couple back photos, more American League action and a second Hideo Nomo. 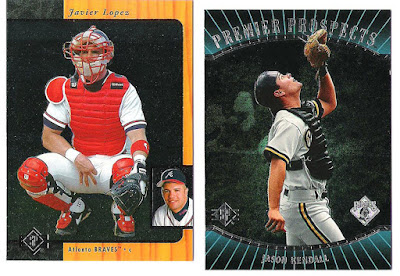 Not much for catchers though, although the two pulled are both nice cards. 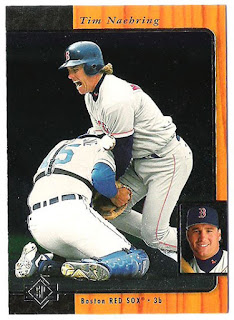 A catcher camo by Mike McFarlane, and probably the only time you will see a Tim Naehring card here. 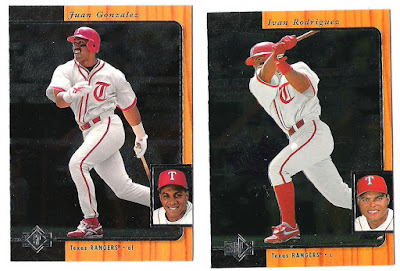 Some throwback action from a pair of the 90's biggest stars 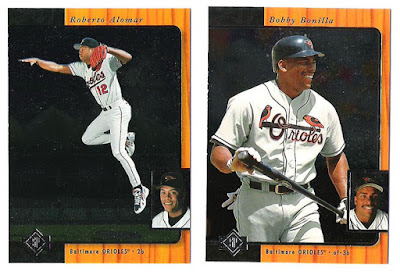 A couple Orioles, the Alomar really pops in person, scans does not do it justice, and more throwback jersey action from Bobby Bo. 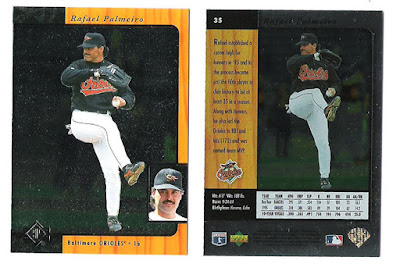 Not sure what is going on here, it looks like Palmeiro is picthing, but he still has his first-baseman's glove, and I can't find pitching stats from him, did he pitch in Spring Training, is he throwing BP, not sure what the deal is here. 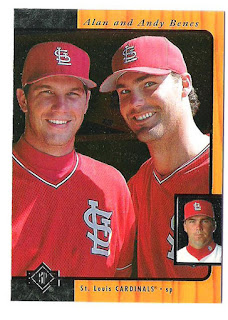 Another weird card, Alan and Andy Benes sharing a card, the back even has both of their stats.

Inserts, summary and want/list to follow in the coming days.
Posted by Rosenort at 16:16

Email ThisBlogThis!Share to TwitterShare to FacebookShare to Pinterest
Labels: 1996 SP