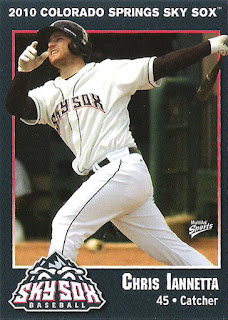 It's always interesting to try a new source for cards, after having the above Chris Iannetta high on my want-list for a while I decided to try out www.gosportscards.com, a site specializing in minor league singles to knock off the last Iannetta minor league card I needed. The cards came in standard bubble mailer, but inside each card was inside a penny sleeve that was inside a Card Saver II that was inside of a team bag. I am always happy to get something from someone who obviously cares about packing. It's just one order by I cannot recommend this site enough. 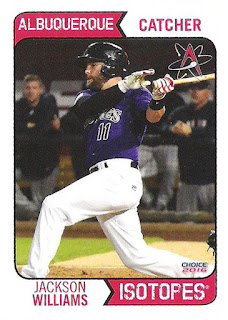 I managed to find a few more cards to fill out the order, Jackson Williams made his MLB debut with the Rockies in 2014, playing in 7 games, then spent 2015 with the Giants seeing 7 MLB games with them. He did get a rookie card in 2015 Topps Heritage, shared with Rafael Ynoa, but was photoshopped into an Angels uniform. He returned to the Rockies organization with their new Triple-A team the Albuquerque Isotopes in 2016, sporting a very Rockies looking purple jersey on a very 1974 Topps looking card. 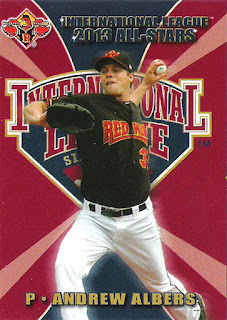 I also found cards of a few good Saskies, Andrew Albers from North Battleford who has seen time with the Twins, Blue Jays, a year in Korea, some time in Independent ball and a few minor league stops. No MLB cards for Albers, but if Topps Now had been around in 2013 when he pitched 17 1/3 scoreless innings over his first two starts for the Twins/ 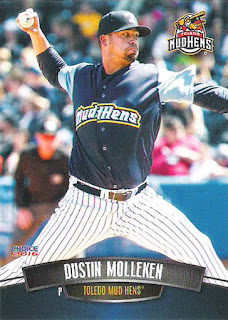 Dustin Molleken of Regina, another guy with a series of minor league stops as well as parts of two years in Japan before making his MLB debut this year with the Tigers 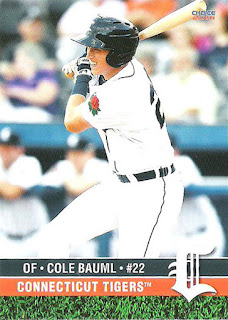 The last of the 3 prairie boys, Cole Bauml of Humboldt/Muenster/Marysburg, a 10th round pick by the Tigers in 2015 shown here with the Connecticut Tigers of the Short Season A ball New York-Pennsylvania League.