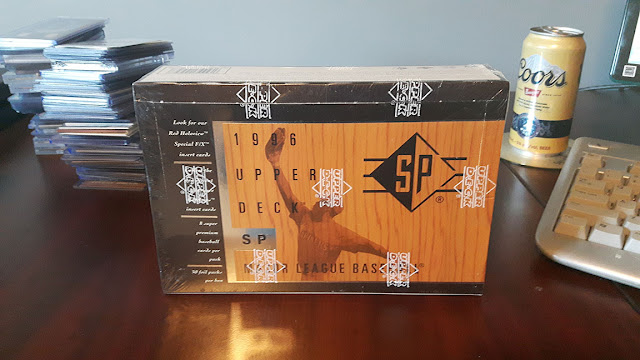 I hadn't ripped much wax in a while, and after being scared of by the high cost of 2016 Upper Deck CFL and having a good paypal balance after selling of a few old PS2 games, I decided on a box of 1996 Upper Deck SP. One of my favorite design of the 90's, or really ever, I guess I am a sucker for wood grain. I started with 5 packs and stopped to make a post, might as well spread it out as my posts have been few and far between, and have a cold Banquet while I do it. 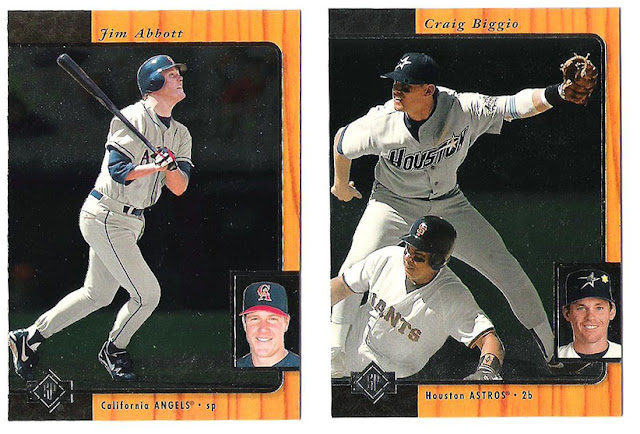 A couple thing I noticed, I do love the base cards, beautiful design, no regrets so far. Also, as I have found with foily cards, these don't scan worth a crap, so expect bad scan of beautiful cards. The player in the foreground is nice a clear, while the background has a shot-peen style finish. This set also has some nice photography, you can't go wrong with a pre-DH batting shot of Jim Abbott. 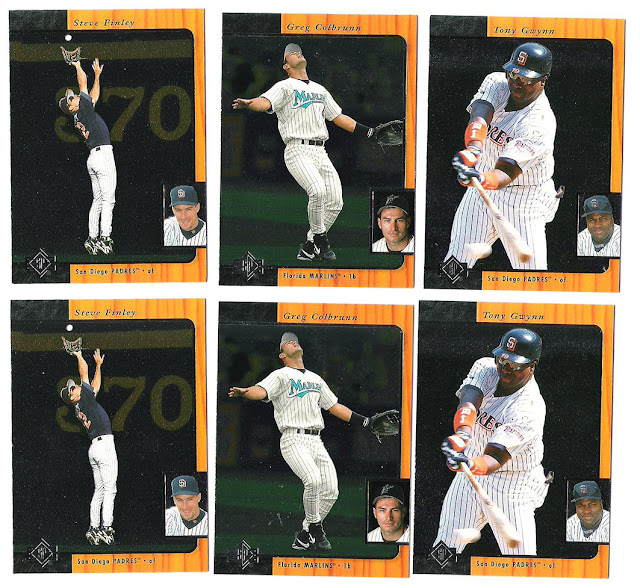 My one concern, collation. After 5 packs, I have 6 doubles. The set is only 188 cards, so 8 cards x 30 packs give me 240, some of which will be inserts. I really hope to complete the base set, but I honestly doubt that will happen. Again in the bad scan department, that Steve Finley card is gorgeous in hand. 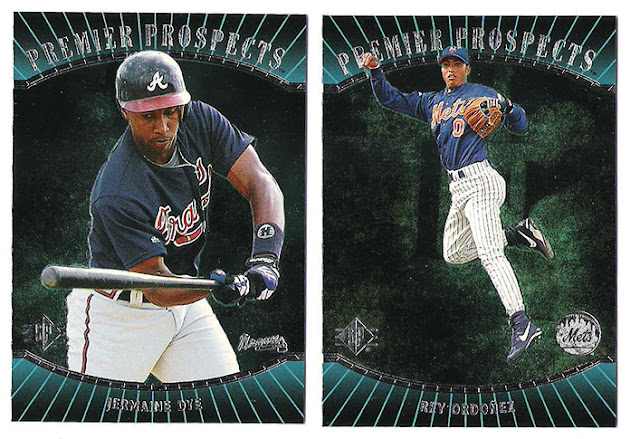 What I thought were insert are actually a sub-set, something that isn't really a thing anymore, the first 20 base cards being "Premier Prospects" headlined by Jason Kendall and Billy Wagner. Hey, remember Rey Ordonez, he was a big deal for a while. 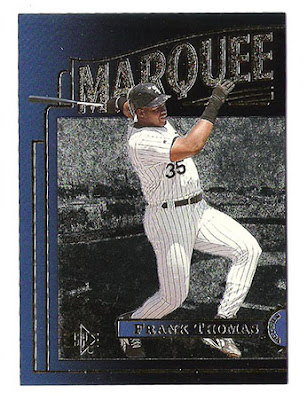