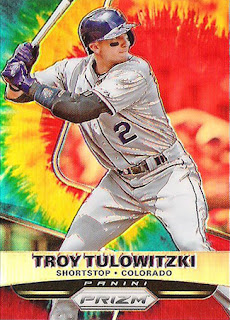 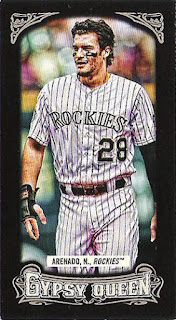 Another team set complete, Arenado being the last of the 2014 Gypsy Queen mini black team set. 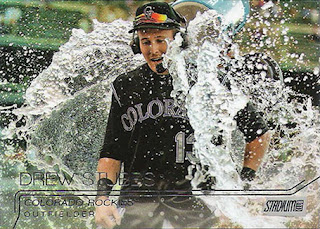 Hard to tell from the scan, but this is the /25 Foilboard parallel of probably my favorite base card of 2015, partly because I was in the stadium when this happened. 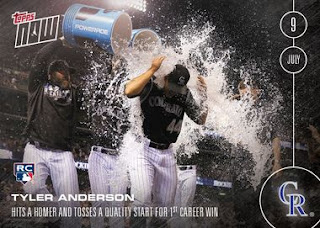 Another Gatorade shower and my first Topps Now card, these are really pricey for base card, but I couldn't resist this one. 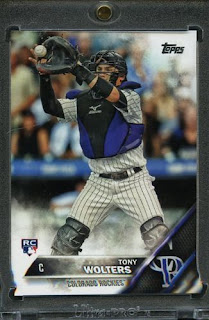 Another guilty purchase via the COMC mailbox, yeah, I bought a Topps Vault Blank Back of Tony Wolters, I still think these are dumb and Topps taking advantage of collects, so yeah, I suck.

Remember when these guys were Rockies, probably not because Guarno (note the sweet Gold Refractor action) and Ausmus (also some kind of parallel) never made the majors with Colorado and Sandy Alomar, Jr. only played in 38 games in between stints with the White Sox, so even he might not remember being a Rockie. 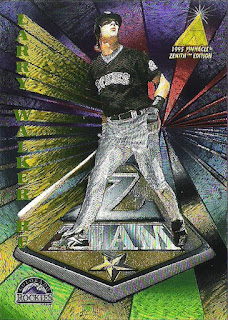 Some sweet mid-1990 action with what I believe is Pinnacles Duflex technology, I really miss stuff like this. 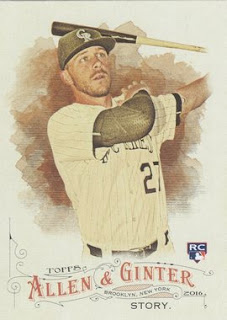 As much as I poop on Allen & Ginter, this is a damn nice card, and my first RC logo of Trevor Story. 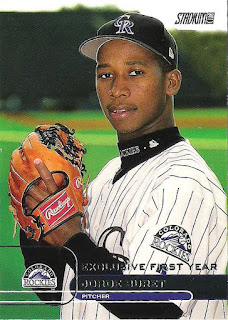 If Rick Guarno wasn't obscure enough for you, here is Jorge Buret, who pitched two seasons of Rookie ball at ages 18-19 and that is it according to BBREF. His only card, limited to 2999 copies, one of which, I now have. 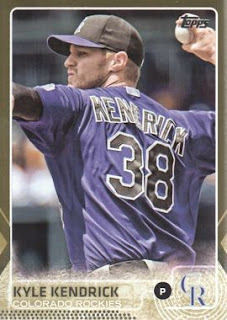 Why not end on a depressing note with Kyle Kendrick, who gave up 33 home runs in 142 1/3 innings with the Rockies in 2015 and might have broken the MLB if he hadn't got hurt.
Posted by Rosenort at 14:52