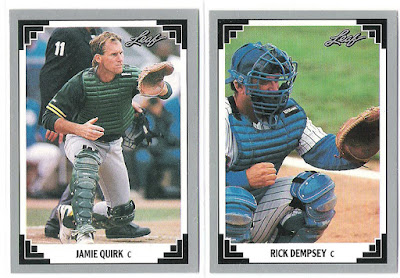 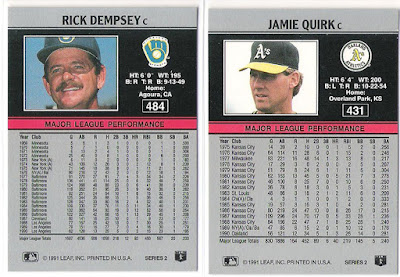 If you didn't believe me about the veteran parts, check out the card backs, Dempsey has parts of 4 decades on there and the mustache to prove it. 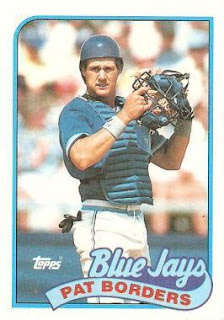 I am not a Blue Jays fan, but I was always a Pat Borders fan, solid catcher who gained a little fame as the 1992 World Series MVP. Some 2016 Gypsy Queen help with a Tony Perez mini foil and the Bog Cat on a Power Alley insert. 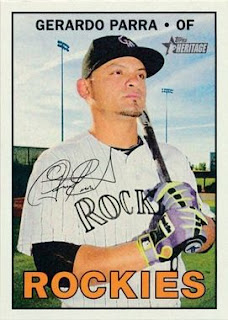 And my first Gerardo Parra Rockies card, not a bad shot for Heritage, actually this set has kind of grown on me, Parra and his NL worst -2.8 WAR on the other hand, has not.