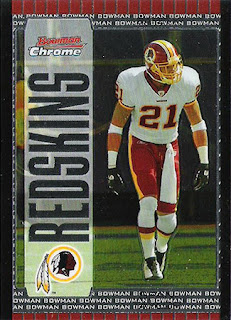 These are great, 2016 Donruss football with an obvious nod to 1990 Donruss baseball, the red teams look amazing, the rest not so much. Even the card backs have a nice "updated-retro" feel. I really feel that Panini has pulled out in front of Topps as far as card design. 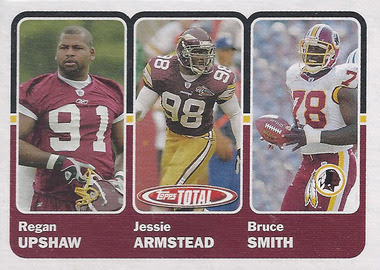 The Topps Total shared player cards, super ugly, but giving us cards of obscure players that wouldn't get them other-wise, this one has the only Redskins appearance of Regan Upshaw along with Jessie Armstead and some guy who used to play for Buffalo. 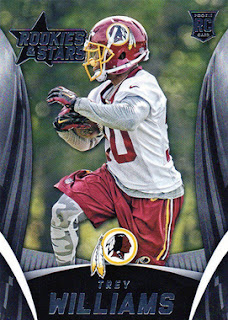 Trey Williams, an un-drafted free-agent who signed contracts with the Redskins, Cowboys, Patriots, Dolphins and Colts in 2015, but only played in 2 games with the Colts. 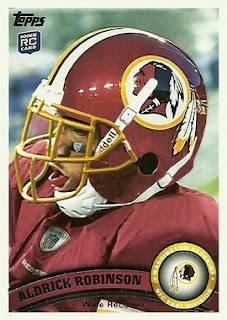 A weirdly cropped shot of back-up receiver Aldrick Robinson, who is now with the Falcons