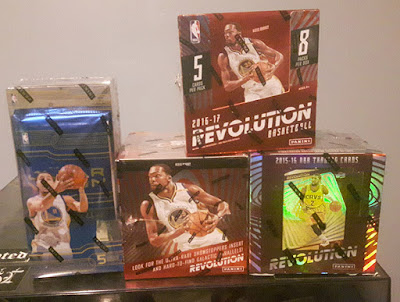 The box I was really going after on black friday, 2015 Panini Revolution. These are super shiny foily cards, something Panini has really been moving towards and making some nice looking sets, albeit maybe a little over the top. 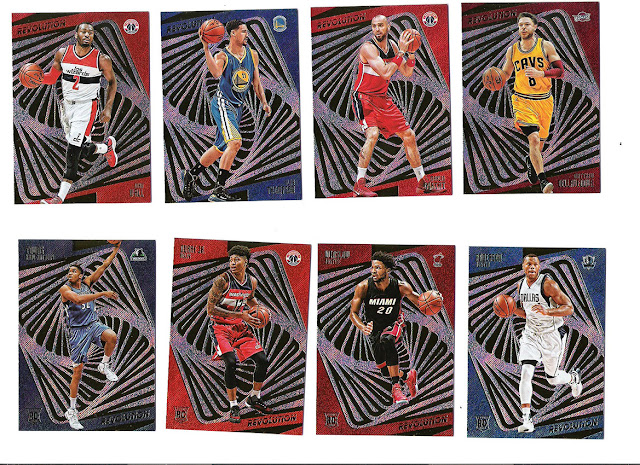 A few base and rookies, not sure of the actual breakdown, but all these boxes seems fairly Wizards heavy, I think Gortat was in all three products I bought and John Wall made a big appearance in the Clear Vision set. I was pretty happy to pull the Karl Anthony-Townes rookie.

The inserts kind of get lost when the base set is so flashy, the Kobe is a numbered to 100 parallel and really pops. I am really surprised at how well my scanner handled the parallels here. 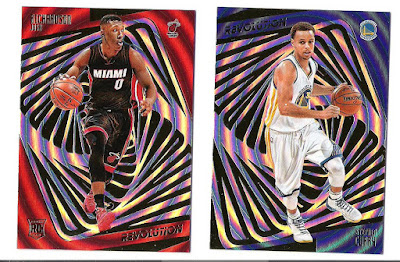 Two Nova parallels with a rookie and a Steph Curry, my second Curry parallel in as many boxes. 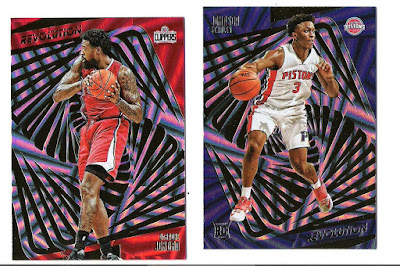 Two Angular parallels including a rookie of Stanley Johnson

Like the Clear Vision, another fun break, with a low total card count, but well worth it on sale. I was hunting for a Galactic but no such luck. I don't know if I am burnt out on Baseball and this is something new, but I am really enjoying ripping these NBA products.