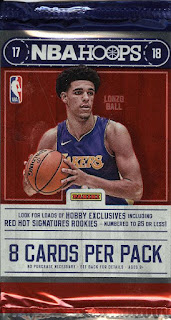 As usual, my rare LCS trip for supplies and my feeling of obligation to buy some packs there. I was hoping for some new NBA Prizm, nope. Rookies & Stars Football? Nope. Panini Playoff Football? No 2017, but there were packs of 2016 left. I didn't even look at the baseball, between the usual poor selection and my lack of interest in most things Topps is wasn't worth a look. 2017 Hoops was the best pick, it was newish and with lots of Kings rookies, worth a shot.

Zero Kings cards, but a couple inserts, the We Got Next is very nice, I will hopefully pick up more of those. 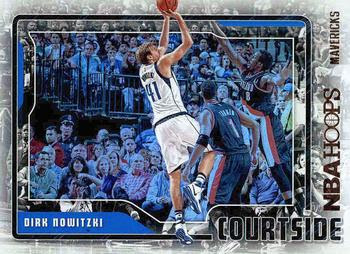 Another really nice looking card, a real subtle shiny foily thing, another insert set I hope to add more of. 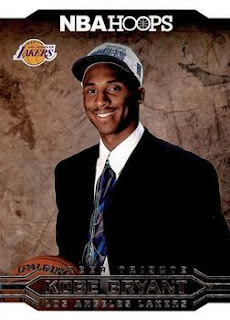 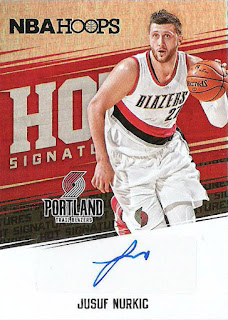 Lastly (although it was in the first pack I opened), pretty good for only buying 4 packs, an auto of Jusuf Nurkic. Not a King or a big money card, but pretty cool to finally pull an NBA auto, and it's of a team that I have a trade partner for, so this will find a home where it is appreciated rather than forgotten in one of my boxes.
Posted by Rosenort at 19:24