Check Out My NBA 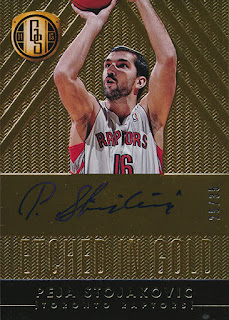 The results of a small basketball binge arrived in my recent COMC mailday. Some decent stuff, including the above Peja Stojakovic, capturing his 2 game career with the Raptors in his sunset season before going to Dallas and helping them win a title. As a bonus it an on-card auto from a nice looking higher end set. I am a sucker for the Gold Standard brand. 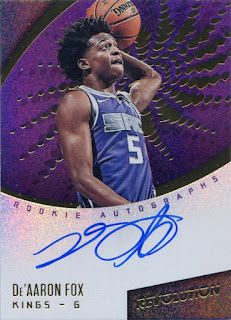 My other auto was Kings rookie De’Aaron Fox from this year’s Revolution, again on-card and and a good looking card. 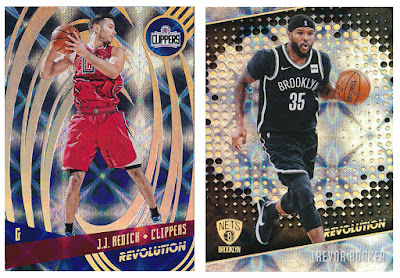 More Revolution with two Galactic that I picked up for a reasonable price, kind of weird to pick up cards of players I have no interest in and are not for set building, but I am sure I am not the only one to do that. 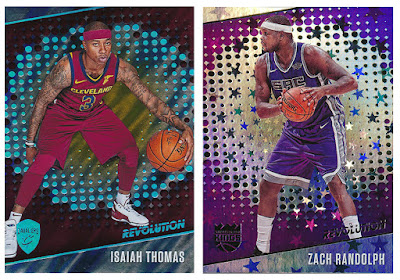 The last of the revolution with a Lava, numbered to ten of Isaiah Thomas and an Astro of Zach Randolph. 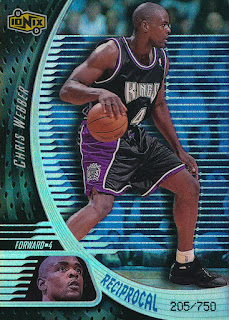 A set I wasn't familiar with, but I loved the design in 1998 Upper Deck Reciprocal from the Ionix set, a design that will make an appearance in the RLC project at some point.

Another shiny Panini set with Select. I am a pretty but fan of this year’s Select and the parallels, even if the Scope parallels look very familiar. Also Garrett Temple’s first Kings card, so the team collector in me is happy there. 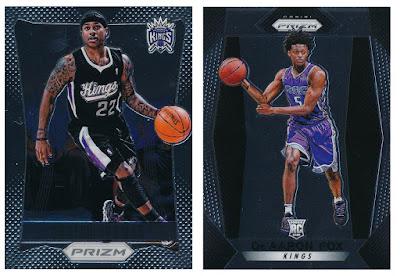 A couple Kings rookie cards from Prizm. I find Prizm to be fairly “meh”, but got a little caught up in the hype around release and picked these both up. 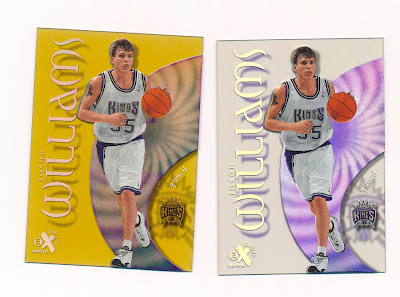 And lastly the weird one, I bought it off the bay thinking it was a parallel, but it’s not, just a really yellow Jason Williams, shown next to the one I already had.