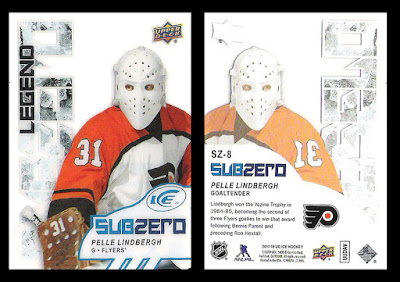 I don't buy a ton of hockey anymore, but playoff fever struck and I bit on a few things from different places. They are all thrown together in favor of three smaller posts. The first from the Bay. High on the list of my hockey interests are Pelle Lindbergh and acetate, so when this card came out in the new Upper Deck Ice offering, I watched around and found one cheap from a Canadian seller meaning low shipping and the card came direct to me instead of through a mail forwarding service, so win-win. It didn't scan well (old scanner), but the clear section has a little holographic thing, very cool card. 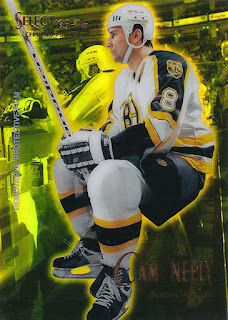 This came from a recent COMC package that will be dominating the blog in the next couple weeks. A beautiful gold parallel from 1995 Select Certified which becomes the 128th unique Neely card I have. (Also I bought a new scanner and I love it, my old one would not have done this card justice.) 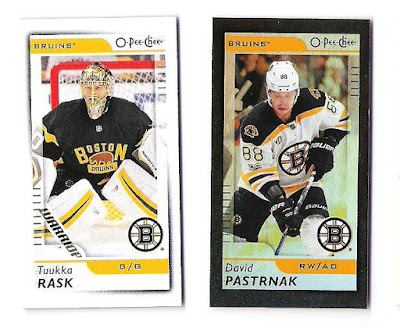 These came via Sportlots, I totally missed the OPC had minis this year, the Pastrank is a black foil mini, and it looks awesome in hand (old scanner again). 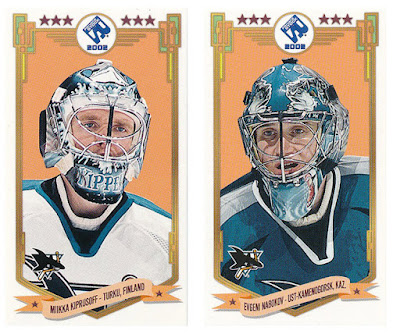 These were also COMC pick-ups, I only meant to buy the Kiprusoff, but I had them both in my watch list and bough the Nabokov by mistake as well, but for 52 cents, it joins the collection of tobacco sized hockey cards.

Thanks for reading and Lets Go Caps!