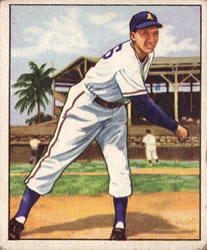 Buried in my scan folder was the rest of my recent COMC order, starting with a 1950 Bowman Dick Fowler, the first Canadian to pitch a no-hitter and pretty much forgotten until James Paxton threw his.

Some random Flair Showcase, if these are cheap enough, I will always buy singles of this set. 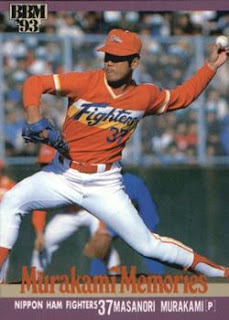 I am intrested in Japanese baseball cards, so I felt I needed to add Masanori Murakami to my collection, the first Japanese major leaguer. I really like the 1990 Pro Set football feel of this card. 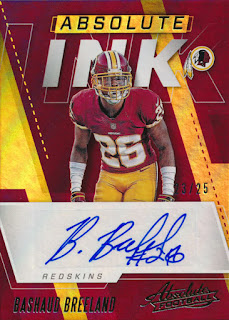 Speaking of football, there were a few Redskins in the order, I hate sticker autos, but I like Breeland and this card numbered to 25 to pick it up.

More sticker auto, but no choice here, DeAngelo Peterson only have Redskins cards with autos as part of a Panini Sticker dump and this is Jaison Williams only card, bad photoshop and all. 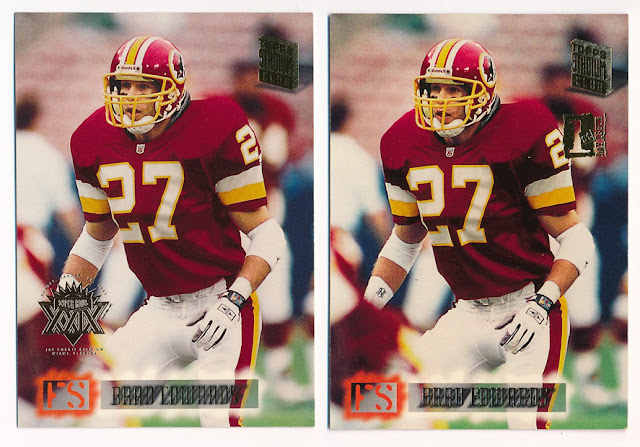 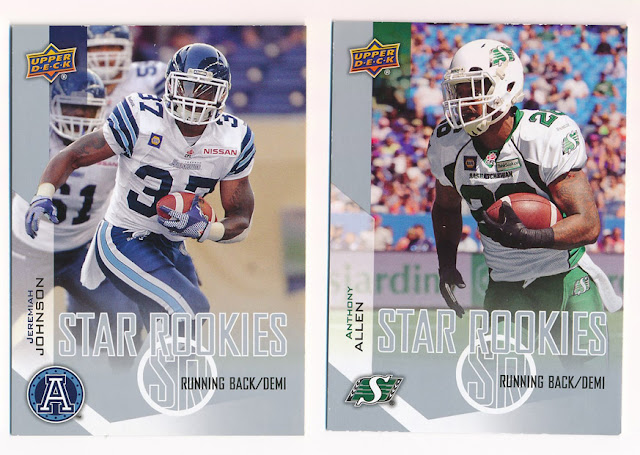 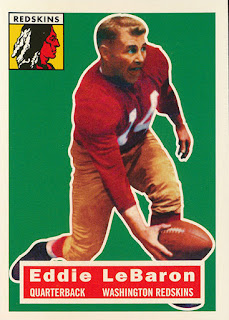 and finally a re-print of former Calgary Stampder Eddie LeBaron