I mentioned in my Sportlots posts that my last two trade packages from the States never showed up. Well, after over a month, one of them actually arrived, and looking at the postage date, it wasn't the post office, it was the trader either forgot to mail it out, or waited until he got his package to mail mine out. Either way I am happy it finally arrived as it checks a lot of boxes off the want list.

Some set help from 1996 SP, a set I bought a box of not that long ago and am still building. One of my favorite designs of all time.

Some more recognizable Rockies names, I love the Private Stock minis and will laways look to add them, Javier Lopez went on to have a very nice post Rockies career winning 4 World Series. Hard to see with the gold parallel, but the Eric Young features a Don Zimmer cameo. 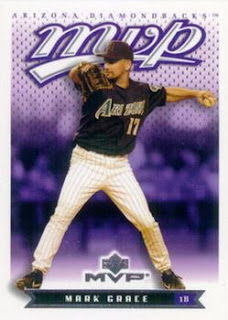 Mark Grace pictured in his only pitching performance, one inning in a 19-1 loss to the Dodgers giving up a home run to David Ross. 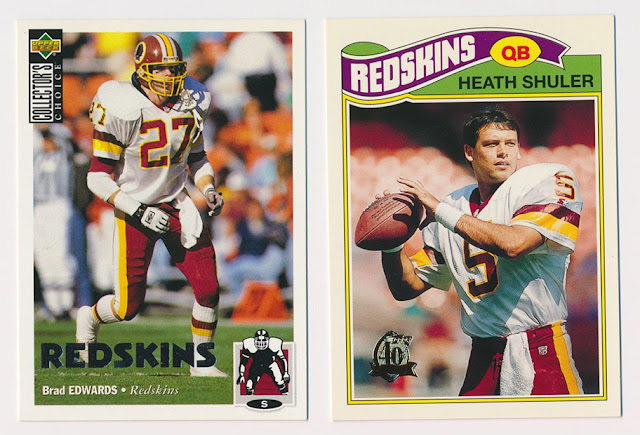 Some football, my Brad Edwards supercollection is one card closer to being done along with a Heath Shuler on a 1977 Topps design.

and three for the One of Every Redskins collection, Joe Rubin and Tyler Ecker never actually made the team, but Justin Tryon actuall did play and spent some time with the Colts as well.