In return for some not so great condition wise vintage I had laying around, I checked off some more recent stuff, including most of the Series 2 base I was looking for. The two new Rockies in Bryan Shaw and Wade Davis, along with Jonathan Lucroy (who is ridiculously with the Rockies in this set) and fellow catcher Tony Wolters. I would rather have catcher gear photo photos, but I do like shots with the Coors scorebox in the background. 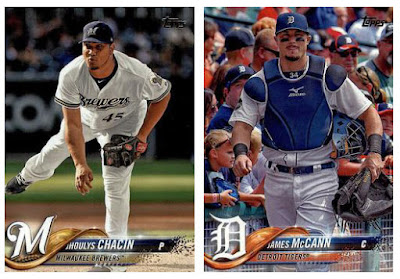 Some other 2018 Flagship, former Rockies favorite Jhoulys Chain and a James McCann for the catcher collection.

Another Lucroy from this years Heritage, Pat Neshek's only pack pulled Rockies card including a mountain logo hat appearance, and another Tony Wolters for the Rockies catcher binder.

Some wants from lasts years Update, former Rockies Corey Dickerson and another Chacin, Brooks Pounders who would go on to play with the Rockies, and I really wanted a cardboard reminder that someone named Brooks Pounders played in the majors. 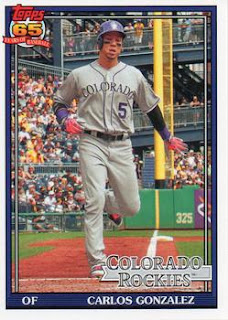 One of my favorite base cards of 2016, Carlos Gonzalez from 2016 Archives. Just a nice photo choice with the foul pole in the background on an underrated design in 1991 Topps. 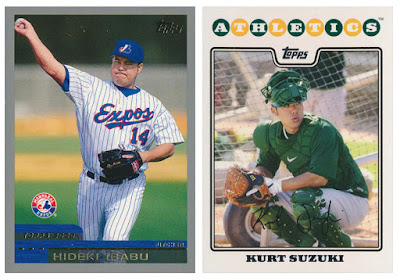 The biggest thing I missed about zistle trades was filling in weird stuff off my wantlist. My TCDB wantlist is getting filled out enough that I have things like this in them. I kind of collect Japanese players, Expos and A's, so these are nice adds. 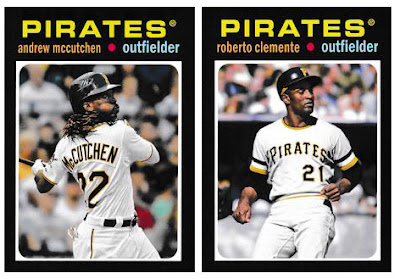