The cards are here, no extra weird customs fees so the last post on total cost still stands. I really wish I would have done a video post of the opening, but I was too eager to get into the package. It came in a regular bubble envelope, and inside was what you see below.

Nine packages from the original sellers, some in posted PWEs and some in plain PWEs with no postage, probably from a bigger order sent into Sportlots. Everything was packed well with no damage, so this seems to work, and probably allows for cheaper processing as is it now stored by card (like the COMC model), but by package. That pretty much wraps that up, on to the good stuff. 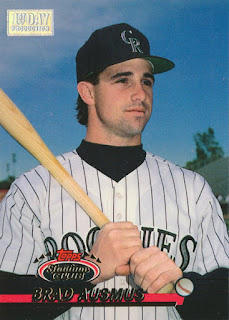 This is the card that has sat in my Sportlots cart for the longest, and completes the Brad Aumus Rockies rainbow, along with the Members Only, Base, the Stadium Club Rockies team card, and a Donruss card in a Yankees uni with a Rockies logo. 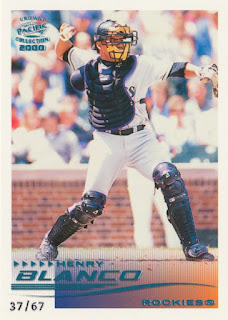 The most expensive card in the lot, a Henry Blanco numbered to 67, another one I have been hunting for a while and just need the Premiere Date parallel for the rainbow. 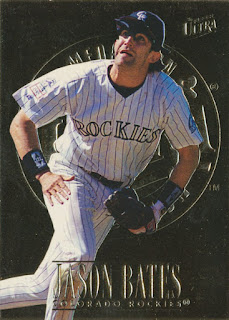 One of my favorite parallels, 1996 Fleer Ultra Gold Medallion. Jason Bates was not a great player, but easy to root for, scrappy, or code for not very good, but tries hard. 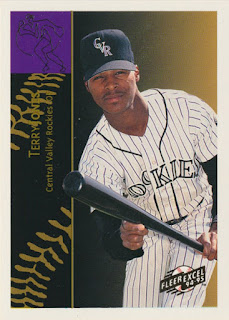 A weird one, Terry Jones played 12 games for the Rockies in 1996 with no card issued. Is this close enough to count as a Rockies card, I don't usually count minor league cards, but I think this makes the cut. 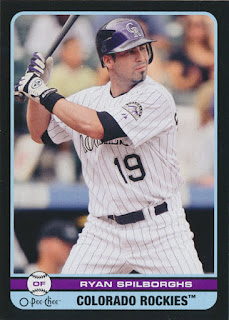 Going a little more modern, just down to two more to complete the Black parallel team set. The black with the purple and the powder blue, I love this set soo much. 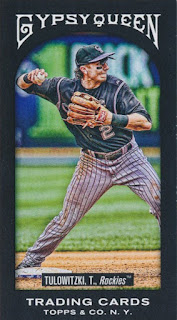 Speaking of sets I love, yes, I am still buying 2011 Gypsy Queen. 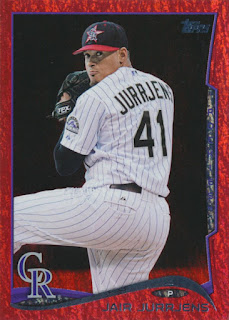 Another parallel set I am very fond off and building the team set, if you are going to own one Jair Jurrjens Rockies card, this is the one. 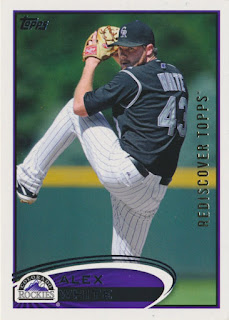 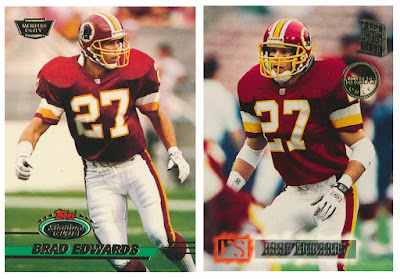 To echo my "part 2" summary, I like this feature and am interested to see how it evolves over time and hopefully someone found the whole process intresting, if not, at least I got 10 cards I really wanted out of it.